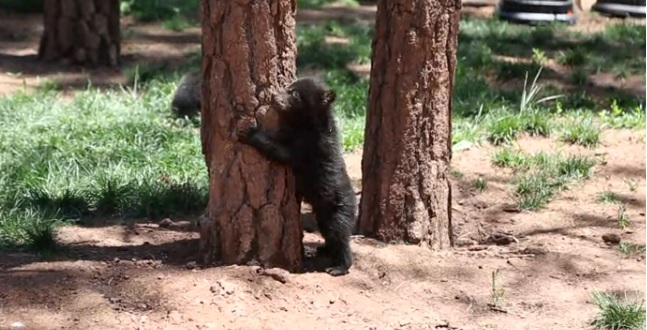 Conservation Officer Bryce Casavant is being hailed as a hero by animal rights advocates as the man recently refused to kill two bear cubs in British Columbia, Canada.

GrindTV reports that the officer was suspended for refusing to kill the cubs whose mother was killed for helping herself to meat in Vancouver Island resident’s freezer. The two-month young cubs were looking for their mom when they were caught and Officer Casavant was asked to kill them – or as they put it in softened terms, “put them down”.

But instead of following the orders, the officer did something heroic – took the cubs to a vet where they are being cared for; and for acting out of compassion instead of complying with orders to destroy life. He was suspended but his pay has since been reinstated following public pressure in his support.

A petition on Change.org is asking Ministry of Environment Mary Polak to reinstate Bryce Casavant. The petition has been signed by over 100K people so far and the numbers of Officer Casavant supporters are climbing.

Killing hungry animals is an act of cruelty and meanness. It is devoid of compassion. Killing helpless baby animals is even more so because they are the ones most in need of help. Officer Casavant is a hero in that he did what any hero would do – save babies from death.