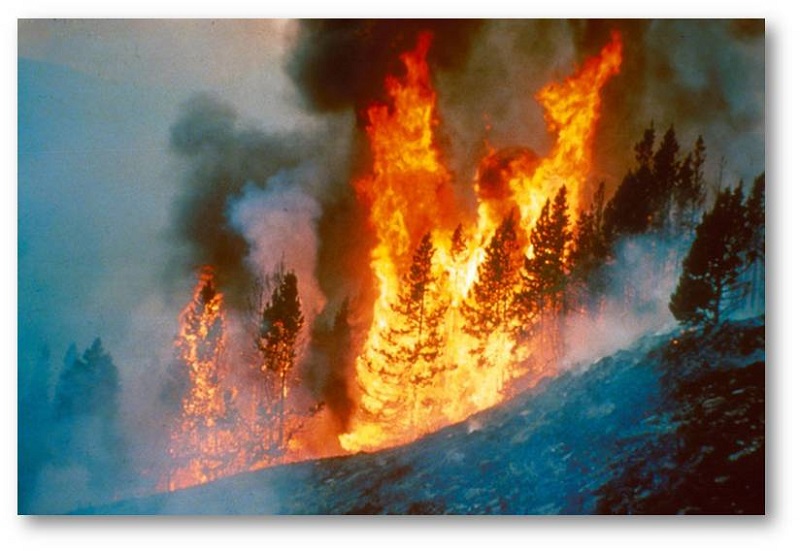 The Biden administration – which lectures people endlessly on carbon emissions – has identified its own forest department as the cause of last month’s devastating wildfires in New Mexico.

As Reuters reported on Friday, U.S. Forest Service (USFS) admitted to have started both the fires that spread through New Mexico’s mountains and valleys on April 6 and April 19. The agency stated that the fires spread due to a “controlled burn” getting out of control and the reigniting of a “burn pile” that the agency thought was completely out.

The losses caused by the combined fire have been devastating. It destroyed the vegetation on 312,320 acres of mountain forests and valleys as well as destroying hundreds of homes. The governor of New Mexico was cited saying:

The pain and suffering of New Mexicans caused by the actions of the U.S. Forest Service – an agency that is intended to be a steward of our lands – is unfathomable.

On its website, the USFS summarized the information about the fires without taking the blame for the destruction or bothering to offer an apology.

Russia Today reported that the cost of firefighting alone in the case of these fires has amounted to $132 million so far, and counting at the rate of $5 million per day.

As a refresher, the liberals routinely lecture people around the world on reducing emissions to combat a supposed climate change disaster that they claim is being caused by high carbon emissions from human activities. The claim has not been scientifically verified.