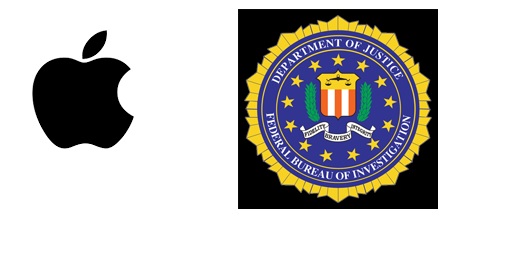 Today, we live in a financial service type of economy with technology playing the most vital role within the functions of everyday life. With technology being so important and used by everyone also brings out the dark side of technology use, such the San Bernardino terrorist attack, which left 14 people dead. The latest news updates us about an Apple iPhone that is believed to contain very important information about who the terrorist may have been talking to and even who may have provided help in the planning. Thus far, Apple has refused to help the FBI, the thinking being that if they help the FBI, everyone’s iPhone has the potential of being encrypted and monitored without a proper warrant to do so, and invade everyone’s right to privacy.

Just this week, the Department of Justice or (DOJ) filed its response to Apple in the fight over iPhone encryption. In its filing it stated “Apple deliberately raised technological barriers that now stand between a lawful warrant and an iPhone containing evidence related to the terrorist mass murder of 14 Americans.” Apple is due to face the FBI in court later this month. Authorities have claimed they only seek to unlock the device in question. The DOJ replied it “invades no one’s privacy.”

In a Washington Post article it stated the reason we are in the situation is “because there really aren’t any existing laws which encompass technologies as these.” “Lawmakers won’t know which side to pick and will flip-flop between what lobbyists ask and the public’s fear du jour. And because there is no consensus on what is right or wrong; any decision they make today will likely be changed tomorrow. Technology is moving faster than our ability to understand it and there is no consensus on what is ethical. They may take strong positions today based on their emotions and financial interests but as they learn more. They too will change their views.”

A Huffington Post article so far as perfectly articulated it writing “Most likely, the terrorists will react to the legal precedent by abandoning their use of American products for communications and data storage. Encryption is ubiquitous and here to stay. As a society, we must find the right balance between security and privacy and recognize that encryption is not just about privacy but about public safety as well.”

In the book An Intimate History of Humanity by Theodore Zeldin, the author wrote, “Much of what people do, despite these new yearnings, is governed by old ways of thinking. Both politics and economics have been powerless in the face of the obstinacy of entrenched mentalities.”

The history of the laws that govern us all are beginning to enter a period in history that we have never seen before. Only time will tell us whether we are activating our own works of the flesh on everything we are both creating and doing. Thus, further causing and creating divisions within societies and enacting policies that help us remain divided. Or create an environment where our own conflicts dissipate as the result of mutual understanding, respect, and human dignity within the functions of everyday life.