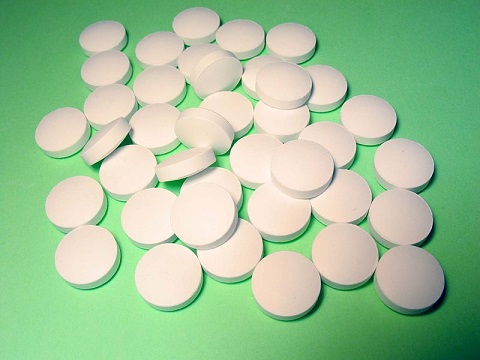 There has been a recent, dramatic spike in the number of overdoses and drug-related deaths in the past few weeks. Ohio, Indiana, and Minnesota seem to be the hotbed for the drastic increase in deaths that are due to substance abuse.

The main culprit, heroin. Most of what we hear on the news centers on opiate abuse. Much of the heroin that dealers are getting, and selling, is laced with an elephant tranquilizer that is ten thousand times more powerful than morphine. The addict has no idea what they are buying, and the results are tragic. There have been thirty deaths in Akron, Ohio since the July fourth week end, and this is just the tip of the iceberg. In 2014, the state of Ohio recorded 28,647 overdose fatalities. There is no doubt that 2016 will surpass that total.

One source priced one hundred grams of the drug at $400. This amount would kill thousands. It is so potent that medical personel who deal with overdoses are told to wear protective gear and not to test the drug in the field. Any contact with it could prove lethal; it often does.

Why would anybody put an elephant tranquilizer in heroin, let alone draw the assumption that it is safe for human consumption at all? The answer is simple, and diabolical. The people who sell this stuff are looking to reel in more customers. Profit kills conscience. If the dealer thinks that there is a chance that the addict will come back for more, they will try anything. It doesn’t matter how many die, so long as they rake in the money for their illicit product.

It would seem to me that people would remember the greats we have lost to drugs; Prince is the latest example. But there are others. Much of the music that I grew up with in the sixties was touched by tragedy because of drugs. Jimi Hendrix, Janis Jopplin, Jerry Garcia, and Sid Barrett are but a few of the many who did not survive their addiction. Even those who did survive paid a heavy price. And it doesn’t matter what drug was involved. Roky Erikson of the 13th Froor elevators was confined in the Rusk state hospital in Texas because of the effects of excessive use of LSD. No doubt, others have walked in his shoes. Then there are others like Carlos Santana who gave up drugs in favor of spiritual paths. These people have gone on to enjoy more success than they ever dreamed of, success they never would have attained if they allowed drugs to dominate their lives.

It is my belief that there are three very dangerous classes of drugs: stimulants: (meth and cocaine), synthetic drugs, and opiates. And they are all tied in first place. It is my belief that by far the greatest reason for drug use is self-medication. It starts when people can’t leave their painful lives, so what do they do? They mask their pain with chemical peace at any price. Their inner demons don’t ever go away, in fact, they get stronger because of the nature of addiction.

We can improve treatment programs, and pass stiffer laws for dealers, but the real problem of drug abuse lies within each of us. When we find happiness within our own hearts, then, and only then, will we ensure that we don’t go down that same path. It sounds simplistic and unreachable, but it starts with one person, and spreads from there.

It would help if doctors would promote alternative therapies for pain management instead of passing out prescriptions. Meditation, relaxation therapy, and acupuncture, all have their uses, and all have success rates that are good. We have only one choice, that choice looks grim. I don’t like the prospects, and most reasonable people don’t either. But it is up to us. Is the temporary relief that drugs provide worth the risk of loss of money, health, and even life itself. I don’t think so.

One thought on “Another Warning from the Events of Our Times”