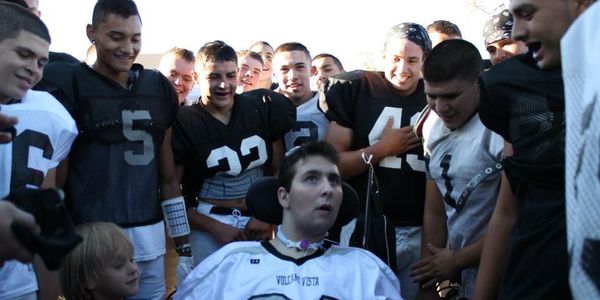 A mother in Albuquerque, New Mexico, is asking the authorities to allow her brain-injured son walk with his graduating class.

As the petition tells, Mel was a bright and cheerful student at the Volcano Vista High until stricken by a paralyzing brain injury that occurred in a surgery in March 2013. Due to the injury Mel has not been able to get the credits needed for his diploma.

Mel’s mother is not asking for his diploma. But she wants to see her son to walk with his graduating class in 2014. That is the right she feels her son deserves after all he went through; but the school has denied him this right. Hence her petition on Care2, which has received over 6,000 signatures to date and needs another thousand names to achieve the 7K target.

Both compassion and justice would endorse the urge of Mel’s mother to see her son walk with his friends, his fellow students.

Those who feel Mel deserves this honor may sign the petition online.

Update: An update to this petition published today, October 24th, on the petition page by Me’s mother thanks Superintendent Brooks and Albuquerque Public Schools for deciding to let Mel walk with his graduating classmates.