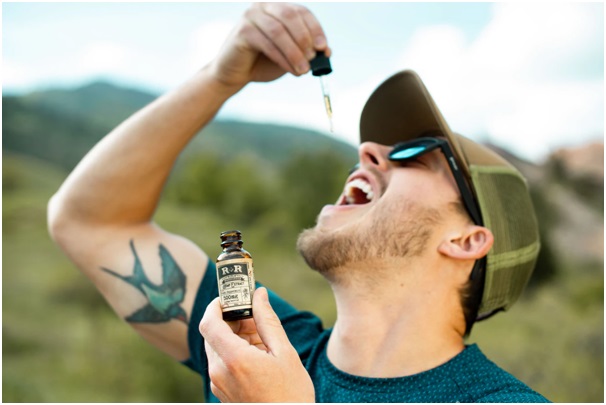 As the world of Cannabis continues to diversify, more and more research is underway, and the results are nothing but stunning. The effects of CBD oil are continually leaving medics in awe, and many more are embracing its use. Read more to find out.

Cannabis is more or less akin to nuclear science: it’s that one area in botany where you can find so many positive benefits, but due to the limited study and research, there are still some explosive facts which are not known to this day. You will be awed by the superfluity of myths and misconceptions people hold over the hemp plant. Just the other day, this stoned guy commented that marijuana has the component to eliminate the coronavirus (no pun intended)!

Therefore, before even embarking on the CBD oil benefits and side effects, let’s first take you down the rabbit hole as we go through history lane to understand the journey of Cannabis. You can find out so much more about going green and the products from CBD Shelter.

People started using marijuana before you came into existence. That’s not the point, though. It was only until the ’40s that CBD extraction was first made by a certain Roger Adams – a graduate chemist from Harvard. Unfortunately, he never realized the magnificent extent of what he had achieved until years later. Dr. Walter S. Loewe then started conducting CBD experiments on animals when it was discovered that there were no psychoactive effects. The studies were further cemented by a Hebrew who came to be known as the father of medical Cannabis – Prof. Raphael Mechoulam. His key discovery in the ’80s of how CBD oil treats epilepsy has enabled him to win multiple awards, including Rothschild Prize in Chemical and Physical Sciences back in 2012.

Simply put, CBD oil, otherwise called Cannabidiol, is a naturally occurring compound of marijuana that has medical effects excluding the psychoactive phenomena. You thus don’t have to worry about getting ridiculously high and acting as though you’ve gone gaga. Back to the main issue of concern: what are the side effects of CBD oil? Well, for every positive, we will give you the flip side of the coin.

If you take this in its literal sense and purchase CBD oil, hoping to get that sleek body they always show you on TV, you might be surprised. For starters, there are insufficient studies linking CBD oil benefits to the body mass index. Nonetheless, since you are going to generally lose appetite (depending on how it will react to your body type), you might end up losing a few pounds ultimately. Moreover, it is associated with the browning of fat cells, which helps combat the unwanted white fat cells. This heightens your metabolism leading to weight loss.

Spoiler alert: don’t take CBD oil if you’re going to spend the day or the next over at the factory or office. You might find yourself so sleepy that you start sleep-walking – if you think this is just some other phenomena! This could predominantly be a result of the lowered blood pressure. To be on the safe side, start by taking small doses as you work your way up. On the bright side, you might start experiencing dreams more vividly as CBD oil for sleep starts kicking in – hope you don’t have any demons chasing after you.

CBD oil is seen to act as a blood thinner that prevents thrombosis or, in other words, aids in the formation of blood clots. Since it dilates the blood vessels, it may result in lower blood pressure. If you are on meds already, stay away from hemp or its associated products at all costs.

Trials and studies have shown positive outcomes when using the med to address pain. Not only does it aid in pain management, but it also addresses inflammation. Patients suffering from chronic pain, arthritis, and multiple sclerosis have reported a major reduction in symptoms when introduced to CBD oil.  This has also assisted in recommending persons who go through intense workouts and experience regular muscle and body pains.

This is where things get pretty interesting. You’ve probably seen cancer patients freely smoking medical marijuana, but perhaps you’ve never known why. Probably you assumed it was the pain reduction property of hemp that they were primarily benefitting from. While this is still the case, further studies indicate how Cannabidiol can be used as an anti-cancer drug. Not only does it magnify ceramide synthesis which aggravates the death of cells, but it also forces cytochrome C out of the cell mitochondria. This could be considered as the energy source for all the cancer cells. Moreover, it generates protein p53 by causing genotoxic stress to the nucleus of the cancer cells.

6.  Effects on the Liver

To be on the safe side, before you embark on using CBD oil, make sure you have informed your doctor beforehand. If taking any medication, Cannabidiol may react negatively with the other medicines increasing toxicity in the liver. This is a whole other topic, and we don’t want to scare you at this point.

Other than the above mentioned, you might start to experience dizziness, diarrhea, fatigue, irritability, anxiety, headaches, and even migraines. These are mostly seen during the first periods of using Cannabidiol and will generally reduce with time. If the symptoms persist, consult your MD.

As previously stated, CBD oil may aid you to combat a plethora of sicknesses and challenges. These may include:

Conclusion: So much for that! The most important thing to realize is that we only know a drop in the ocean when it comes to the cannabis plant and its compounds. More research is still underway, and we are expectantly looking forward to knowing more. How has CBD oil helped you, and what are you planning to use it for? Let us know in the comment section below.

Ricky is a medic who opened up his chemist back in the 1990s. With major shifts in the market, he started analyzing the diverse uses of marijuana and CBD oil, and his research has yielded some of the finest products in the market. Whether you are a regular or are considering to use, you can learn something in his blog.