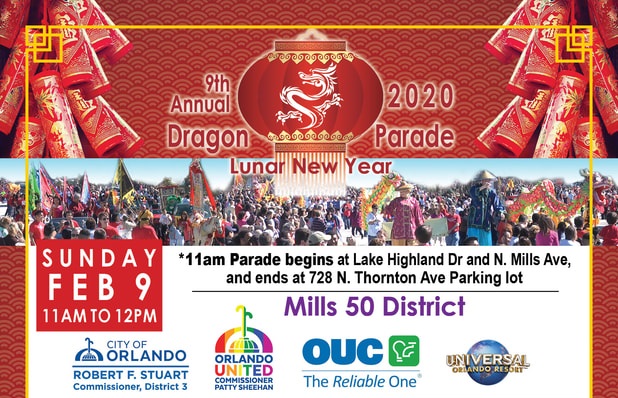 2020 is the year of the pig on the Chinese calendar and the annual dragon parade to celebrate its beginning is coming up on February 9th in Orlando, FL.

Lunar New Year is the most celebrated holiday in East Asia. Although Chinese New Year is not an official holiday in Western countries, many of the Asian organizations in America hold large celebrations and parades to share its spring festivity. Cities like Sydney, London, New York, Los Angeles, and San Francisco have held many successful Lunar New Year Parades that attract thousands of attendees each year.