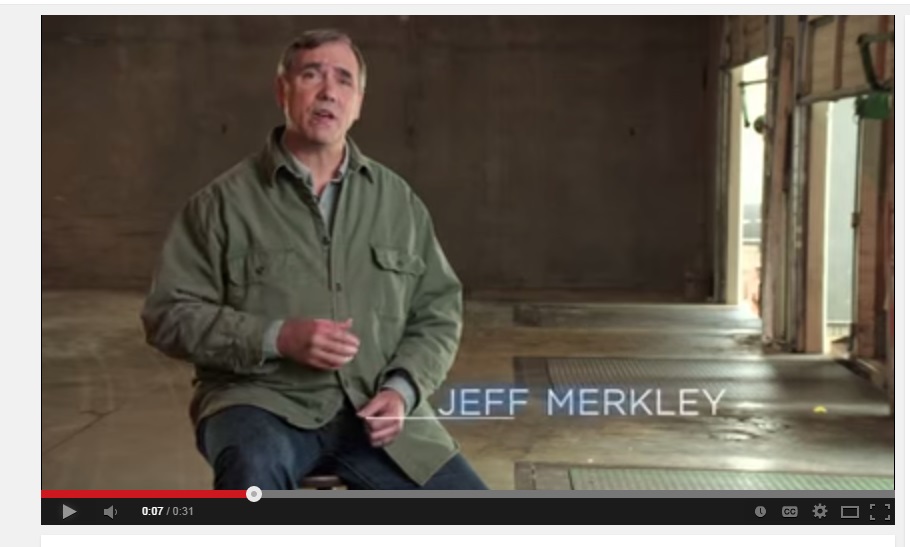 Over the past week, watching YouTube videos has become a process that starts with a headache – ads by politicians telling you who’s good and bad for us or for the state. One ad by Jeff Merkley runs every time I try to watch a video, and it says some opponent (a woman named something Webby) is a bad choice for Oregon. Not surprisingly, a new ad now runs on videos – against Mr. Merkley.

I personally have a problem with these ads as well as Google. In fact, it’s m ore with the Google (which owns YouTube) than with the ads, since these ads don’t run themselves; they are put on the videos there, which once used to be free of ads, and I don’t think they do it for free. Whether Google charges money to lend its popular vid-sharing platform to political propaganda, or enjoys the publicity stunting, viewers only interested in their favorite videos certainly don’t enjoy it. I don’t at least.

Now, as probably has been a habit or ingrained attitude, I tend to look at stuff from a “freedom” viewpoint. The problem with ads like these political ones, is that they don’t give you the choice to skip them and go directly to the video itself. Many videos on YouTube offer this freedom – you can skip the ad in about 5 seconds. But ads that you must watch are a kind of imposition – and obviously in our times, it’s an alliance of politics-media or in one word corporate interests. Not surprising then that such political ads always try to tell people who will better spend their money.

Money aside, the point of concern here is time. I need my time and want Google – the same Google that penalizes bloggers for charging money to post promotional content on their blogs – to cut on its greed and give others some time to enjoy their lives without political or any other sort of interruption.

Ending the blog with the word “ad” nauseum.