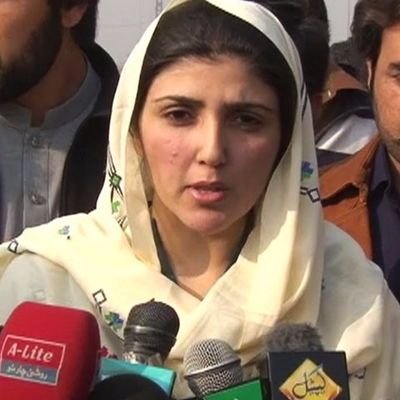 Over a week ago, Pakistani politician and lawmaker Ayesha Gulalai Wazir revealed that she was leaving her party—Pakistan Tehreek e Insaf (PTI)—as the party is full of corruption and has a culture of sexually harassing its female members. Her biggest revelation was of receiving inappropriate texts from the party’s leader Imran Khan.

Immediately after Gulalai’s revelations, followers and supporters of PTI ganged up on her and her family, posting tons of videos, tweets, memes, and what not against her as well as her family, many of them targeting her younger sister Maria Toorpakai Wazir (an internationally recognized squash player) for wearing shorts. Mainstream media, which is highly politicized and biased, also started their media trial of Gulalai, apparently to get favors from the forces that have made PTI a political force and dream of having Imran Khan the country’s next premier.

Some level of international support has since been offered for Gulalai in blogs and op-eds.

To give its angry neighbors another middle finger, Qatar has reportedly announced a visa-free entry for citizens of 80 countries. This is a big step in promoting tourism and likely a political move to be friendly with more nations worldwide.

Two months ago, Qatar was pressured by Saudi Arabia, UAE, Egypt, and Bahrain to meet certain demands as the countries cut their ties with Qatar. Instead of ducking, however, Qatar has refused to consider the demands and opened up to make more allies worldwide. So far it seems Qatar is doing well without its former allies who are doing every bit to force the small but rich country into compliance.

Not many probably thought Qatar could be so smart and steadfast against a gang of cross neighbors. But Qatar shows never underestimate the power of the little one!

Popular website Internet Archive has been blocked on court orders in India after two filmmaking companies tried to stop the piracy of their films—reports BBC. The story says the site users were confused on trying to access the site and getting the message of restricted site per government orders.

The website Internet Archive is owned by a non-profit and it offers millions of free resources and items like books, movies, music, and software. It is worth noting that in a recent article in a Pakistani paper, popular Bollywood actor Akshay Kumar was reported commenting on the poor performance of Bollywood films on Box Office in 2017.

Believe it or not, there are stories out there claiming that Hillary Clinton is now planning to return to public as a preacher. Yes, hardtop believe even the thought of a rumor like this, but least sources like National Review say that the defeated presidential candidate is thinking of getting back to people on behalf of Jesus.

It’s hard to imagine what kind of God Hillary believes in? And could there be any connection between her faith and the deletion of those emails and reckless physical destruction of those electronic devices? This woman never ceases to amaze. Keep guessing her next move.