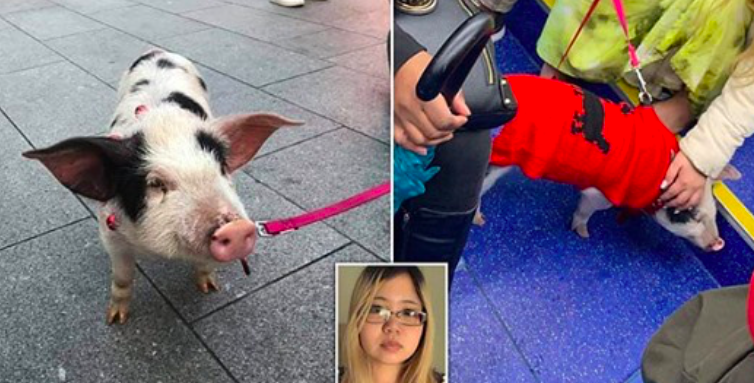 In the news from United Kingdom lately was the story of a vegan animal rights advocate who rescued a piglet from slaughter and is now banned by the Royal Society for the Prevention of Cruelty to Animals (RSPCA) from visiting the piglet.

Daily Mirror published the story telling that the piglet named Jixy Pixy was saved by 31-year-old Alicia Day of London and became her pet until she was kicked out by her landlord for keeping the animal in her apartment. She then gave Jixy Pixt into the care of RSPCA, but she didn’t know that the contract they had her sign transferred the rescued animal’s ownership to the animal charity. Now she has been banned from visiting Jixy Pixy, and she is not happy at this turn in the rescue story.

The paper reported that Day has threatened to sue RSPCA.

So here you get a story of two parties saving a life and then turning on each other. Moral of the story: if you are aiming at the same thing in danger from an adversary, NEVER get in each other’s way.