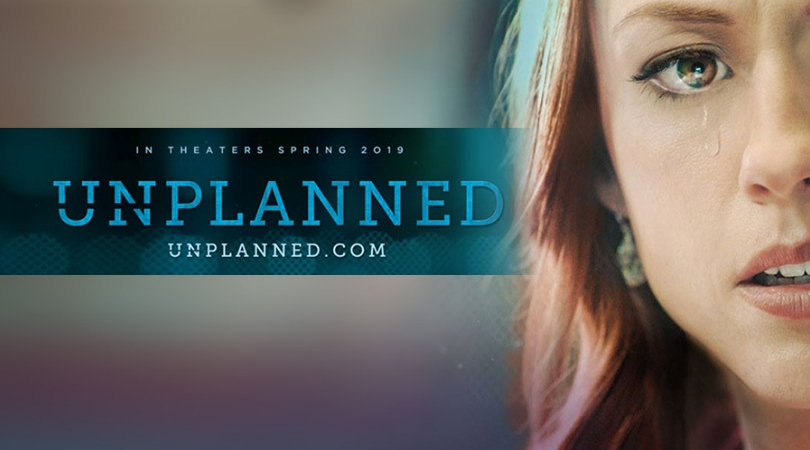 Released one year ago, Unplanned by Cary Solomon, Chuck Konzelman is the movie that the pseudo-feminist establishment-catering propaganda cartels (yes I am referring to mainstream “media”) did not – and do not – want you to see. But when you see it, you learn why they have been trying so hard to make people cover their eyes.

Based on the true story of Abby Johnson, a young director of a Planned Parenthood clinic, the movie stars Ashley Bratcher as Abby, who is brainwashed into working at Planned Parenthood. Her family is unhappy that she is serving at a place which kills babies, but Abby lives in denial and self-deception by adhering to the Planned Parenthood lies that abortion is simply a part of women’s “reproductive health” and “reproductive rights”. However, the day comes when she is called inside an abortion room to assist with the procedure because of lack of staff on duty there. And what she sees live on the ultrasound machine shatters her shell of deceit: an unborn baby struggling helplessly for its life before it is ended by the abortion team. That changes everything for Abby. Hence the tagline: “What She Saw Changed Everything.”

The movie is focused heavily on Abby’s internal conflict throughout as well as external conflict with her organization after she stands up to their lies and manipulation. Ashley Bratcher’s performance as Abby Johnson is convincing throughout her character’s transformation in the plot. Brooks Ryan, Robia Scott, Emma Elle Roberts, and Jared Lotz impress in their respective supporting roles.

Unplanned is the movie takes viewers to see that which happens behind closed doors in the abortion clinics. It includes psychological manipulation of women in distress, physical abuse of young girls put on operating tables, lying to families and friends of the women thus exploited, and intimidation of workers into silence. It is the film with a cause—one of national and international scale over which pro-abortion and pro-life sides have been clashing ever more fiercely over the decades.

The IMDB page of the movie shows that MPAA rated it R for some disturbing/bloody images—a move that was criticized in conservative media.