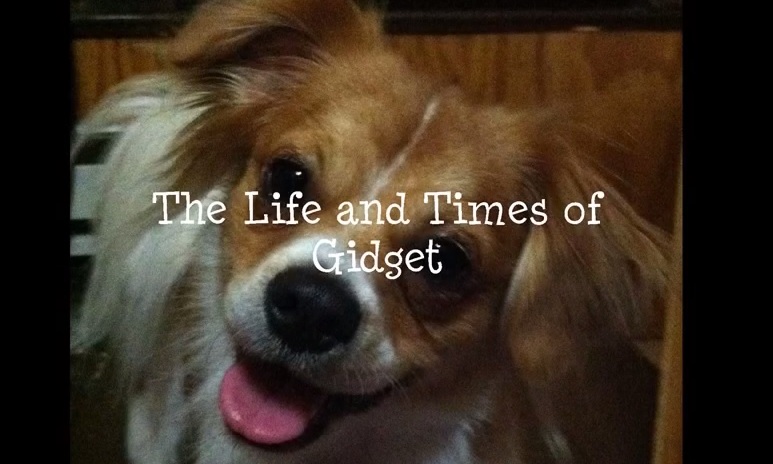 I have received many wonderful Christmas presents from my family. Among these, the gift I received on Christmas Eve of 2005 stands out. I got many nice gifts that year; a salt lamp, a new reversible jacket, some wind chimes, and some new age CDs. But there was one gift that stands out to this day.

I lost one of my dogs in August of that year; a part beagle named Vixie. She lived with us almost eleven years, and she proved to be a loyal, if not somewhat overprotective member of the family. She scared the man who came to remove some broken furniture and other items from our back yard. He thought she would bite him. I brought her inside and kept her with me whenever people came to the back yard.

Vixie died of Tick fever in 2005; she went under the house to die. I had one dog left, and she was lonely.

Christmas of 2005 was not an easy time. There was a conflict in the family; my nephew’s wife got in to an argument with my cousin; my aunt thought that my cousin was not treated well. After all, Courtney was merely looking after my great nieces, and David’s now ex-wife didn’t appreciate it. My aunt was afraid to go to my sister’s for Christmas festivities because she didn’t want to be around David’s wife. She was afraid that words would be said, and the holiday would be ruined for everybody as a result.

My friend and I had no intention of going in to a war zone either. But we were at a loss. We spent a great deal of time mulling over the situation. We decided to go to
Susie’s but decided to go as standard-bearers, models of what we thought Christmas should be.

Christmas Eve came; my friend was sick with a slight fever and a stomach bug. I was on the phone with a friend when my youngest niece broke in.

“Come to the front.”

I walked out to the front yard. She stepped out of the truck.

“Put your arms together!” she said.

The next thing I knew, I had this fuzzy bundle in my arms.

“Shauna, Thank you for Gidget!” I replied.

I took the puppy inside and let my aunt and best friend see her. I knew what kind of night I was in for. And I didn’t mind one bit. I fed and watered Gidget, and let her down. She slept a lot that first day. As I thought about the family’s newest member, I saw her as a perfect role model. Dogs love unconditionally, no matter what. A dog is the perfect example of loving kindness. Gidget served as the role model for the Christmas visit to Susie’s. Even though one of my friends didn’t go, another friend took me. We tried our best to fulfill our mission just as we had planned.

Gidget came out that afternoon. She began playing, she barked, she had fun. She was feisty, and dominant. She is a   part collie dog of some kind, so it would stand to reason she would be good helping with livestock. There were no livestock, but she expressed her dominance to every other dog that I have ever had, except for the latest addition, a hound named Copper. I think she won’t tie in with him because he is bigger than her.

When Gidget was a puppy, she had the run of the house. She chased and harassed the kitties, and got even with the ferret.  The ferret bit her on the foot on Christmas morning, one night two months later, my aunt told me to call her because she was chasing the ferret. Thank God she didn’t hurt her.

Gidget was one of these that got her mouth on everything.  If you didn’t want her to have it, she would fight you for it if you tried to take it; she wouldn’t give it up for anybody. One time, I took a piece of cardboard away from her and put it in the trash. One of our friends was there, and she was watching the puppy.

“Now she saw where you put that, and she’s going right back after it.”

I took it back and threw it away again. But that was Gidge, roughhouse to the end. She earned more time out sessions in the carrier and my bathroom for getting too close to the cords than any other dog I have dealt with.

When I was struck by a truck while walking in my neighborhood a little less than two years ago, I could not feed and water my dogs. My aunt had to help, since I couldn’t use my right hand and arm at the time. Gidget obviously missed that; she grieved because I couldn’t feed her. Now I can, it is a privilege I can enjoy once again. Sometimes, Gidget sneaks in; I will always put her back out. If it was just me by myself, I would let her stay in for a while, but my Aunt lives here. Out of consideration for her, I always put her in the back yard with Copper. When I have been in the hospital, Gidge would come in the house, searching for me. Often, she goes to the living room, or my Aunt’s room. Sometimes, she likes to run through the house, I have to chase her to catch her to put her out again.

When she came in tonight, my aunt told me that she was losing sight in one eye. I will take care of her for as long as I have her. She has taken good care of us over the years, and has more than earned her stripes. Thanks for the memories Gidge, and may there be more memories so long as you live.