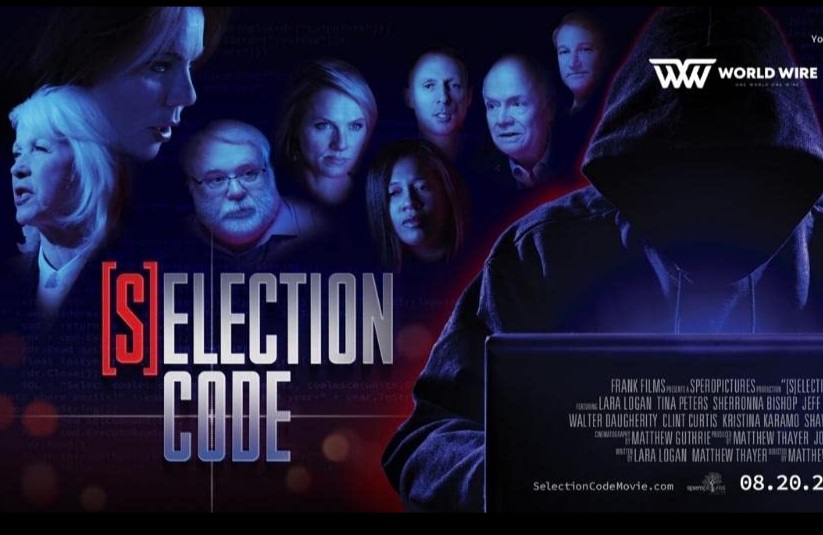 Matthew Thayer’s Selection Code was released just days ago and has already become one of the most censored films in the mainstream media. It features the story of Mesa County (Colorado) clerk Tina Peters who exposed the big election fraud via the Dominion voting machines in 2020 in her country.

The hour-long documentary opens with the scene of Tina Peters getting arrested for daring to show what Dominion and the Democrats did in 2020 to steal the election for Joe Biden in Colorado. Tina copied and shared the voting machines’ data before and after the suspicious “update” done by the Democrat-run election authorities. The two sets of data showed the changes made to the numbers to erase tracks of voter fraud committed by using the machines.

Tina’s character inspires with her patriotism and bravery. As a mother whose only son, a Navy Seal died in 2017, Peters’ role in overseeing the fairness of the nation’s biggest election required patriotism and courage. She exhibited both in full force, and by doing so made herself the target of the corrupt and criminal administration of her state. She fought back and continues to do as she remains charged with of security breach and tampering with election equipment.

Selection Code clearly demonstrates how the Dominion machines were used to change vote counts and the official lies endlessly parroted by the mainstream media to cover up the crime as well as bury all skepticism and questions challenging the official narrative. If it weren’t for Tina, they would have gotten away with their fraud without getting reported. It’s a must-see movie for those who value truth and patriotism.

A number of online platforms streamed the movie and some posted it permanently for visitors to watch for free. It’s available, among other places, on Tommy Truthful TV at https://tommytruthful.com/selection-code-the-movie/.