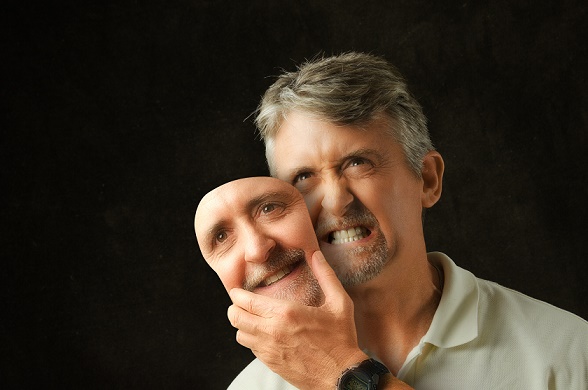 “The history of psychiatry has, in a sense, been the history of various medical men and theoreticians attempting to understand mental pathology by means of rigorous classification” (Eric Dean, 1997).

The concept of personality or character is deeply embedded in all cultures and pervades daily life. Human social life depends on each citizen knowing her role and following accepted social rules. Absent rules, there is no civil society. However, we have always known that there are many people who don’t “fit” the society’s prescribed and intuitive rules. A small group, whose severely disturbed behaviour departs gravely from their own norms, is deemed “mentally ill” and in need of special consideration. Others, however, show a life-long pattern of more or less difficult, destructive or peculiar behaviour which is not so dissimilar from the norm to be termed an illness. We say these people have disordered personalities (PD).

Modern psychiatry struggles to deal with personality disorder. Firstly, it doesn’t have a scientific model of mental disorder; the notion that mental illness is just a special form of brain illness is an opinion, not an established scientific fact and is probably wrong. Second, psychiatry doesn’t have a model of personality, meaning the concept of PD has no formal theoretical basis. When psychiatrists use the word ‘personality,’ they really don’t know what it means (but it sounds impressive). Because it isn’t formal mental illness, psychiatrists don’t know what to do with it.

I believe personality is the sum total of the myriad rules, injunctions, inhibitions etc. that control our daily life. We learn these from infancy; many of our most basic perceptions of the world and our place in it are learned very early, even preverbally, and are therefore often ‘unconscious.’ They are, however, very powerful. If all our rules are internally consistent and mesh smoothly with those of the larger society, we have a ‘normal personality’; if they are internally inconsistent or clash with society, that just is PD. Treatment of inconsistent rules would consist of bringing them to full awareness and correcting them, otherwise known as psychotherapy. Modern psychiatrists aren’t trained in and don’t practice psychotherapy.

Psychiatry tries to classify PD as distinct categories of disturbance but this is completely false; there are no uniquely distinguishing features of any such disorder. More to the point, modern psychiatric treatment consists of drugs and shock therapy, which don’t change beliefs at all and may make them worse. I believe that most people diagnosed with bipolar disorder, ADHD and so on are not mentally ill but actually have abnormal personalities. They are reclassified as mentally ill because that’s all psychiatrists know what to do: if your only tool is a hammer, everything looks like it needs a nail. Hence the “epidemics” of ADHD and bipolar disorder.

Psychiatry’s ‘fatal flaw’ is that it doesn’t have a model of mental disorder but this is a well-kept secret. Huge numbers of people are now put on highly addictive, expensive and damaging drugs for life when this is entirely the wrong treatment. When the general public realises this, psychiatry will be in serious trouble. For the benefit of people with personality problems, the sooner that happens the better.

Niall (Jock) McLaren, author of The Mind-Body Problem Explained, is an Australian psychiatrist with long experience in remote area psychiatry in the far north of the country. He graduated in psychiatry in Western Australia in 1977 and, while working in the state prison psychiatric service, began training in philosophy. He was interested in finding the correct theoretical basis for a scientific theory for psychotherapy. This has led him to the conclusion that modern psychiatry fails as science because it has no agreed model of mental disorder. To fill the theoretical gap, he has developed a dualist model of mind, based in the work of the mathematicians Alan Turing and Claude Shannon. This work, now known as the biocognitive theory of mind, produced a general theory of mind for psychiatry. It generates a formal model of mental disorder as a primary psychological disturbance in a healthy brain, and predicts that mental disorder is not due to chemical imbalances of the brain. It challenges orthodox psychiatry on many points but is emphatically not a new sort of antipsychiatry.