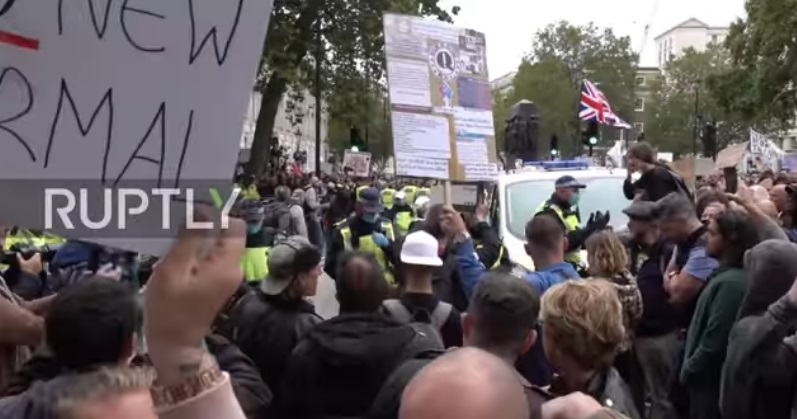 The fake pandemic of COVID 19, planned and organized on international level since last year, has lost all credibility in the eyes of aware and informed public. Thousands of people in different countries are taking to streets in protest to demand an end to the restrictions imposed on them by their governments using the fake pandemic as justification.

In Berlin, Germany’s capital city, some 38 thousand protesters gathered across the city for demonstration against the COVID restrictions: making people wear masks, lockdowns, and shutdowns. U.S. News reported that police arrested 300 protesters for not wearing masks and not maintaining social distance.

The spirit of freedom from the hoax of COVID 19 was also seen in London, United Kingdom, where thousands demonstrated in streets in a ‘Unite for Freedom’ protest rally. Russia Today reported that the rally chanted slogans of No More Lockdowns, No Social Distancing, and No Masks. Independent journalist and free speech advocate David Icke participated in and spoke at the London rally.

Sputnik International reported protests in France’s capital Paris on the same day. Protesters demanded end to the compulsory mask-wearing orders of the French government. The story included a video of a protest demonstration in Paris.