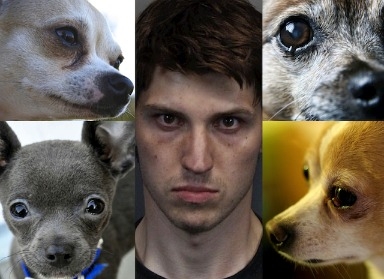 Just when you think you have seen the ultimate horror, there is more to disgust and shock you. The case of animal cruelty against a Nevada resident is of such nature.

Change.org carries a petition that tells about the arrest of Jason Brown, of Reno, Nevada, who has been charged with torturing and killing of animals as well as methamphetamine possession. The petition des describes horrific details of animal cruelty signs that have been found in Brown’s place, including dismembered dog bodies.

Brown is said to have adopted these dogs via Craigslist. This is not the first time dogs advertised online have become victims of such horrors, and people need to be extremely careful in putting animals up for adoption on Craigslist or anywhere online. Psychopaths are always there on a prowl for helpless and vulnerable animals, as well as people, and it’s the responsibility of the advertiser to keep the animals safe.

The petition demands maximum punishment for Brown and for all the charges he is facing, if he is convicted, he can face up to 20 years in prison.

Please visit the petition page and read his arrest report.