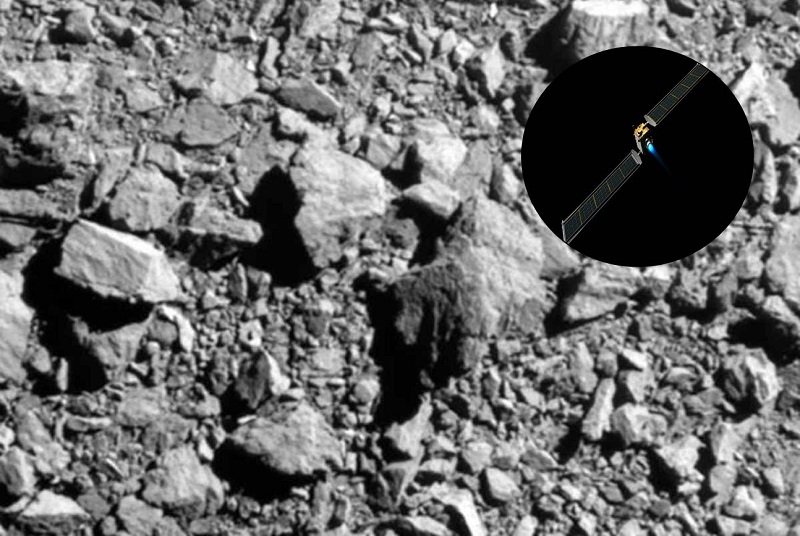 Last month, NASA took fake science to a new level by claiming its spacecraft DART has “successfully collided” with an asteroid many times bigger than it in order to change the course of its orbit nearly 7 million miles from earth. The lack of real scientific details in information provided by NASA combined with the cheesy visuals they showed people as evidence have made skeptics laugh at the effort.

The release has no scientific evidence as to whether this took place at all except grainy black and white footage of about than 40 seconds that NASA claims is from the camera installed on the DART an showing a rocky mass getting closer to the camera – nearly identical to the zoom-in technique of old movies.

As of October 4, 2022, the description of the mission on the NASA website has zero scientific details as to how the two bodies – DART and the asteroid Dimorphos – compare in physical parameters (density, size, mass etc) and quantities of motion like speed and momentum (linear or angular) nor the exact details of the supposed impact, literally nothing. It gives the size parameters of Dimorphos (news sources calling it football stadium size) but not of DART; the mass of DART but not of Dimorphos, and the momentum of none. There is no mention of the material DART is made of nor of the asteroid.

The idea of changing the course of the asteroid’s orbit sounds superficially smart but without the exact parameters it is not believable. The real impact of a collision is not known and this makes one wonder how come NASA got over $300 million for such a project. But then it’s the U.S. government that is known to fund projects that make no sense. It’s their billion-dollar business.

The credibility of NASA’s DART mission is also seriously undermined by lack of real tangible evidence. Just showing 40 seconds of grainy images that any college student can create in less than an hour in an image/video editing program is the lowest of standards of proof one can expect for a mission of this magnitude. And NASA employees cheering and congratulating each other in a self-validating clown show doesn’t help in the least.

Establishment propaganda media quickly started spreading NASA’s press release as another historical success – like the garden variety fake news. But skeptics are making fun of how cheesy NASA went yet again to add more millions to its budget.