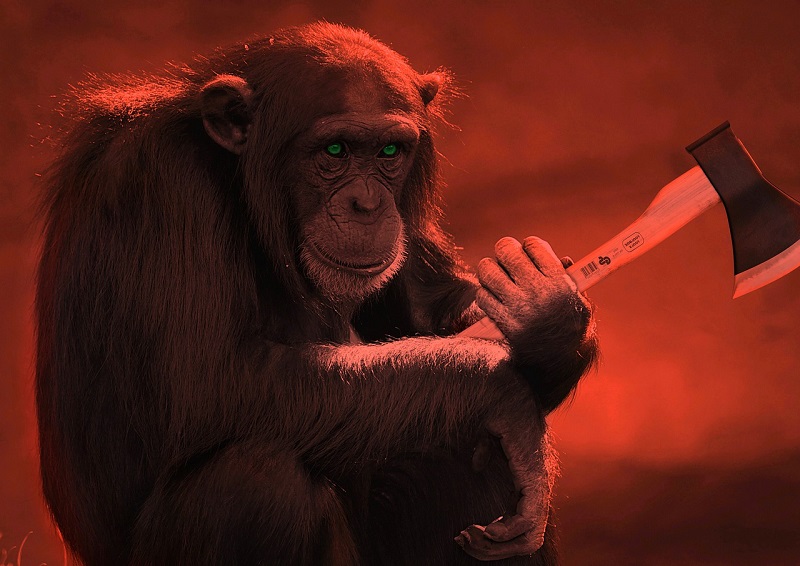 There are many stories of monkeys acting vicious when they are angry or irritated, but the latest story from India is a hair-raising tale of animal-on-animal cruelty. Monkeys are reportedly on a killing spree, snatching and killing small dogs in two Indian villages.

Daily Mail reported today that angry gangs monkeys in two Indian villages – Majalgaon and Lavul – have killed some 250 dogs over the past month. The primates are said to be acting out of revenge.

Panic-stricken residents have also come under attack and say the acts of animal violence have been carried out ‘in revenge’ after a pack of dogs killed one of the monkeys’ infants.

The story says that the monkeys stalk dogs, snatch them, take them up to a building or up a tree and then throw them down to their death. Citing News18 as its source, the Daily Mail story included images and a video clip of confrontation between monkeys and dogs. The video shows a dog chasing away a monkey while a woman and a young girl hurry inside a house. One image shows a monkey carrying a small dog up a roof in Lavul village.

News18 reported that officials from concerned forest department have failed to stop the monkeys from attacking pups. Seeing that people are siding with the dogs, the furious primates also started attacking children, escalating the war on dogs and extending it to people.

But the monkeys attacking them in retaliation some men have even fallen from buildings and injured themselves while trying to save pups.

Small children in the villages are now reportedly scared of going to school fearing attacks by the monkeys. The Daily Mail wrote of one reported instance in which an 8-year-old was grabbed and dragged away by the monkeys. The villagers reacted by throwing stones at them to scare them off and save the kid.