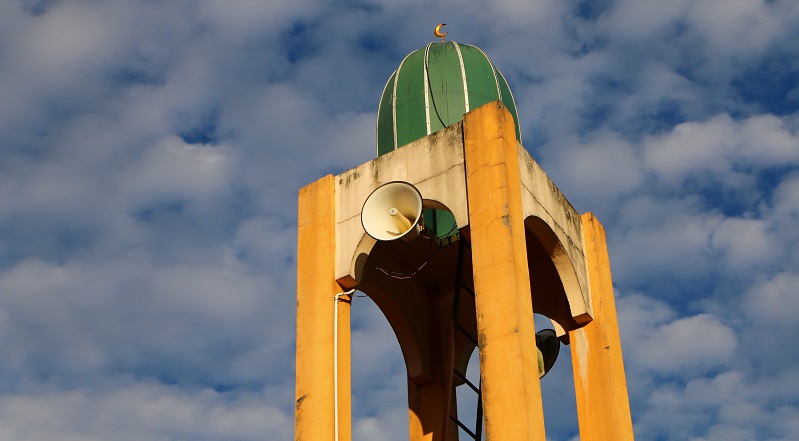 Under the auspices of the Obama administration, Muslims successfully took over parts of Minnesota, particularly the Minneapolis area, as Somali Muslim immigrants/refugees were placed there en masse. Now, as the first public display of this Islamic conquest in Minnesota, Cedar-Riverside neighborhood will hear the Adhan—the Muslim call for prayers—five times per day over a loudspeaker.

Fox 9 reported that residents of Cedar-Riverside will hear the Islamic call for prayers broadcast over a loudspeaker, placed outside the Dar Al-Hijrah mosque, during the Islamic fasting month—Ramadan—which began April 23rd. While the Muslims cheer at seeing their tradition of Adhan enforced where they live, the non-Muslims of the neighborhood will now have to put up with this practice daily whether or not they are happy with noise echoing around their houses five times a day daily, starting at dawn.

The Council on American Islamic Relations (CAIR), which literally works to Islamize America, arranged for this measure by working with the Democratic administration of the city. But those who see this trouble are suspicious of its purpose.

The Center for Security Policy reported that the mosque in question has a history of promoting and supporting Islamic terrorists affiliated with Muslim Brotherhood and recruiting to ISIS. The post says that CAIR has long pursued establishing the broadcasting rights for Islamic call for prayers, and for this they have engaged in efforts to change the ordinance prohibiting noise.

Previously, in Michigan, another liberal/Democrat state, such call for prayers for Muslims has been approved by the leftist administration there and the post reminds that non-Muslim residents there have been complaining about the early morning noise disturbing them daily from the loudspeaker use—complaints falling on deaf ears of the administration.

There is no need for Islamic prayer call to say aloud via loudspeakers. But it is the centuries-old Islamic tradition which Muslims use as a sign of dominance or authority over a territory. That is why in an age of household electronics, phone, apps and personal digital devices, using loudspeakers for saying the Islamic call is central to Muslims living abroad, especially to immigrant Muslims from third world countries, where this is their culture.

For the Muslims, this measure of operating above the noise regulation law with the help of Democrats in offices marks another step forward in their long-range agenda of Islamization of the non-Muslim world. But for patriotic Americans, it’s another wake-up call to act before it’s too late.