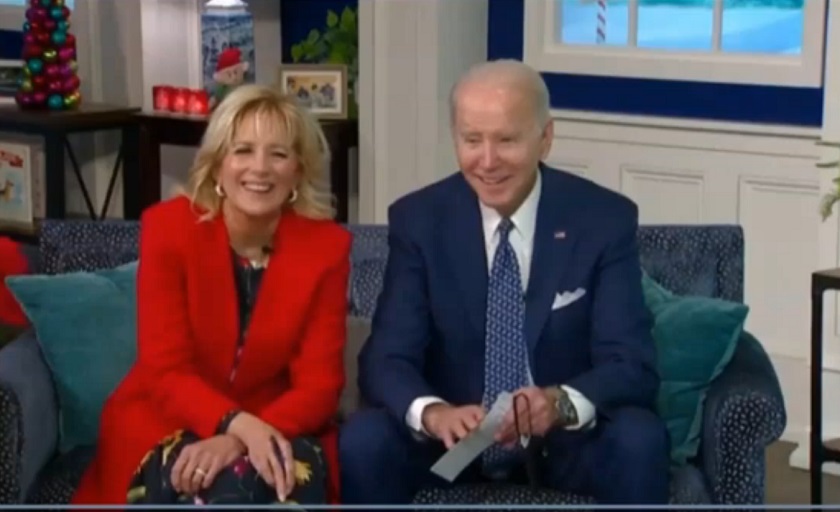 Let’s Go Brandon! said a man from Oregon, who called Joe Biden and his wife Jill on Christmas eve, to Biden’s face as the senile president occupying the white house due to a massively rigged election took Christmas greeting calls from people for political publicity. Old and mentally challenged Biden missed or pretended to miss the epic insult on the live call and repeated it adding saying, “I agree.” Leftists at once went into a meltdown on social media and leftist propaganda media grappled for saving face.

The slogan Let’s Go Brandon! has become the voice of the nation as patriotic Americans have rejected the illegitimate president’s openly anti-American and pro-criminal policies dictated to him by the forces that rigged the election for him and cover up for his corruption. Biden’s epic insult by the Oregon man hit media directly because the media have been hiding Biden’s failing mental health, mostly by ignoring and not reporting on his gaffes and memory lapses.

Leftist propaganda rag Huffington Post tried to put a twist on Biden’s failure to get/address the insult by claiming Biden’s supporters turned it into a Christmas cheer. In its post, the rag included tweets from angry and irritated leftists pretending to be cool, but still fuming.

New York Daily News appeared to be a bit more honest about the incident, saying that Biden’s response seemed to show that he does not know what the phrase means while also calling the incident “unwelcome political drama”.

It’s interesting to note that no media has bothered to ask Biden whether he understood what he was told at the call and the way he responded.

Jared Schmeck reportedly said on Christmas morning that he was just joking when he said Let’s Go Brandon to Biden.

Biden’s response showed the world he is too mentally absent to understand what he hears and says. But if he does, he is not capable of defense. Schmeck is now receiving threatening messages, as reported today on Washington Examiner.

Schmeck said he is being “attacked” for his use of free speech and noted that he has been receiving vague and threatening phone calls since speaking with Biden on the live-streamed broadcast.

Meanwhile, this apparently was the scene at a bar when the epic insult was aired live.