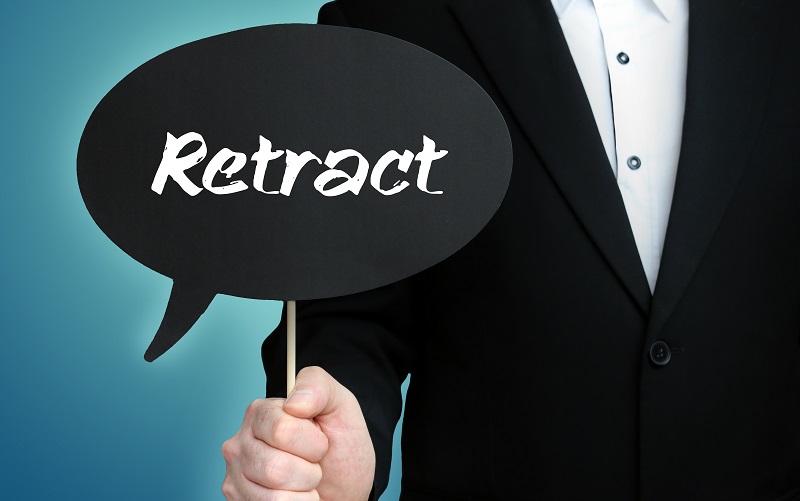 The foundation on which the fake science of COVID 19 was erected early this year is officially near collapse. The landmark research paper that validated the RT-PCR test for COVID 19 detection has come under serious criticism by experts in the field and the journal that published it may retract it.

Russia Today reported Wednesday (December 9th) that the journal Eurosurveillance is considering to retract the paper “Detection of 2019 novel coronavirus (2019-nCoV) by real-time RT-PCR” that it published in January 2020. Peter Andrews, author of the Russia Today story, wrote that the team of senior scientists reviewing the study found 10 fatal flaws with the research including “major failings in the operating procedure and potential conflicts of interest among its authors.”

The NCBI page of the paper reveals that there have been two corrections in the paper and one addendum. Following the addendum link reveals that two authors of the study, namely Olfert Landt and Marco Kaiser, had not revealed their conflict of interest—something that was added in late July, that is six months after the publication of the paper. Both the authors named are credited as the second and third author of the study; their names appear immediately after the lead author’s name on the paper. 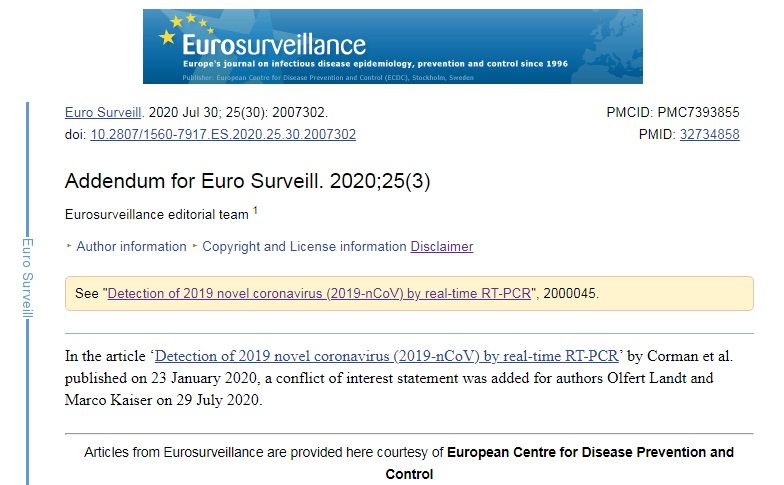 Another suspicious side to the paper’s publication is its light-speed peer-review process. The paper was submitted to the journal January 22 and published the very next day. Andrews noted:

Peer review, when it takes place, is normally a long, drawn out process with plenty of back-and-forth, even when it is being rushed as much as possible. That it could be done in a single day beggars belief.

This is a big blow to the credibility of the study and accordingly to the entire COVID 19 narrative that is based on the testing validated by this key publication. Andrews wrote that the review team demanded the journal immediately retract the study but Eurosurveillance seems to be buying more time by saying it is seeking further expert opinion to properly assess the objections raised to the study’s credibility.

The media in the west meanwhile have gone dead quiet on this news since the collapse of this foundation of the COVID “pandemic” would make a whole world of fools who bought this pandemic story look like… well, fools!