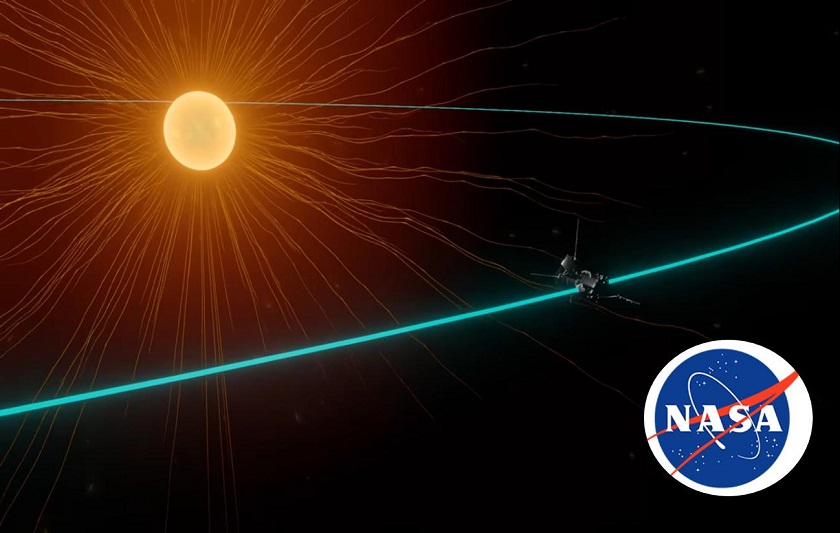 Science news website Phys.org reported on December 14 that on April 28 this year, NASA’s spacecraft Parker Solar Probe reached the sun’s extended solar atmosphere, known as the corona, and spent five hours there. However the information was not shared with the public until it was announced at a press conference at the American Geophysical Union Fall Meeting 2021 on December 14. (What took them that long to announce the “historical” development is not our question here.) The question is whether NASA’s claim passes the test of basic science?

According to the story, this is the first time a spacecraft has entered the solar corona and touched the atmosphere of the sun. It wrote:

This past April, the probe spent five hours below the Alfvén critical surface in direct contact with the sun’s plasma.

There is little to no mention of any scientific details of the physical properties the probe did or did not record while inside the solar corona. Most notably, sun is known for the incomparable heat generated by it. So the most fundamental question arising is how hot it was there and how did NASA’ solar probe survive it? Also, what was the probe made of to withstand that level of high temperature?

A July 2018 NASA Goddard video on YouTube illustrates the various zones of sun and its atmosphere in terms of their temperature. It shows that the sun’s surface temperature is around 10, 000 degrees (F), and the temperature in the corona (which is sun’s atmosphere) is a lot higher, making it several hundred times hotter. In other words, the temperature in sun’s corona is in order of a million degrees at least. So what is this Parker Solar Probe made of to withstand such an incredibly high temperature – if it did at all?

NASA’s Parker Solar Probe page tells that a protective shield made of carbon-composite material “which will need to withstand temperatures outside the spacecraft that reach nearly 2,500 degrees Fahrenheit” will protect the probe and its instruments. The phrasing “will need to withstand” is interesting as it implies expected tolerance rather than a confident assertion as a matter of fact. However, taking their word for it, the tolerance of 2500 degrees is not close to the corona’s temperature when it’s even far below the 10,000 degrees of solar surface temperature. 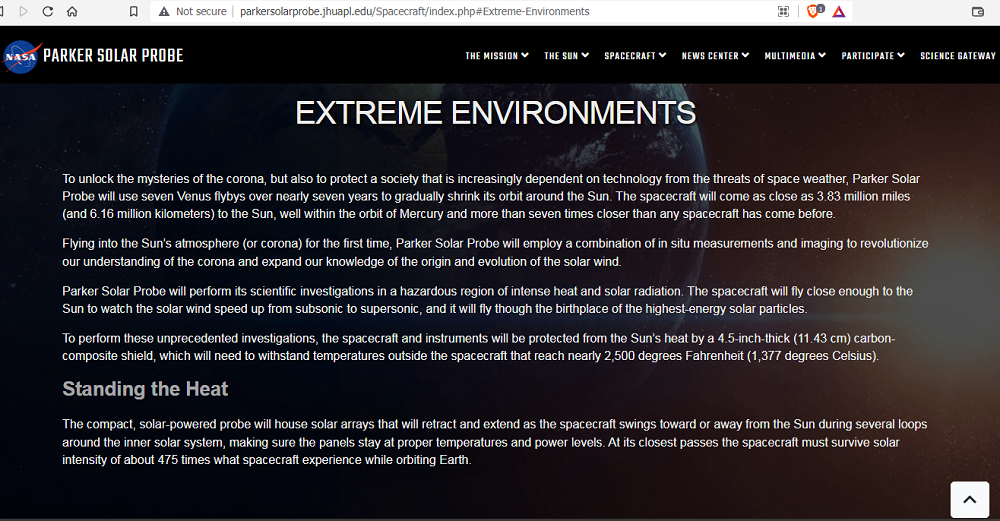 It is worth reminding that NASA claims its probe spent 5 hours recording inside the corona or solar atmosphere. Even a lower temperature of a few thousand degrees will seriously damage the probe material if left for such an extended period of time in the heat. And even if the carbon shield somehow survived the heat – which is not likely – all the metal parts (instruments and other parts of the craft) would get destroyed at a few thousand degrees (F) as the melting points for metals and alloys range from just 1220 degrees (660 oC) for aluminum to 2500 degrees for steel.

Interestingly, in the new stories, NSAS does not provide details of what temperatures exactly they were at in sun’s atmosphere. There are no pictures of the craft after it supposedly emerged from the solar atmosphere to show what it looks like after the alleged adventure.

NASA’s claim of moving its solar probe in sun’s atmosphere and recording in there for 5 hours seems very weak and unscientific. It fails the basic science test and is not backed up with evidence and is not credible. Independent journalist Drew Westmoreland posted a BitChute video to comment on the claim of NASA’s solar probe recording in sun’s atmosphere. He laughed at the claim and trashed it as another NASA lie – and for good reason.