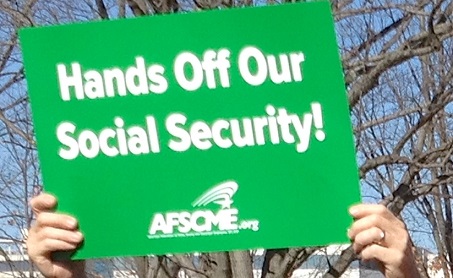 I wouldn’t believe what happened this morning if they paid me, if I didn’t know Dear. The weather here in Odessa isn’t the best that anyone could ask for; not today. We were hit with a cold front late yesterday afternoon, the weather man predicted we would get snow overnight. At the very least, we were told to expect freezing rain and sleet.

Not the kind of weather that Dear should be in. She is eighty-three years old, and subject to falls. She took a really bad tumble last month while she was in the bank. This landed her in the emergency room at MCH (Medical Center Hospital.) It is a miracle she wasn’t more severely injured, a knot on the back of her head and bruised ribs are bad enough.

She has recovered, to great extent, but I am cautious with her. I don’t like for her to go by herself when she goes out because of this. Notwithstanding, nothing would do her this morning; she went to work at her daycare job.

At eighty-three, she works from seven in the morning until at least three in the afternoon, often later if they need help. More times than not, her boss orders her to stay home when the weather is bad. I expected that she would this morning, but she let her come in. The snow was melting from the sidewalks; otherwise, it would have been different.

But that’s the way Dear is made; growing up on a Southeast Oklahoma cotton farm was hard. The crops had to be harvested, or go bad, if they weren’t brought in; there was no money, what little of it there was to be had. One day, she wanted to buy lunch at school for one of her friends, only to be told there was no money. Her response was: “I will be glad when I can get a job and have my own money!”

And she did just that. She taught school for thirty-eight years, and we both cared for my Grandmother when I moved in with her in 1977. After she retired in 1993, she helped cousin Lisa take care of her kids when they were little. We made frequent trips to Lisa’s house in Durant, Oklahoma, when Lisa needed us. And she brought the girls to Odessa from time to time. After the girls grew up, they didn’t need us. Dear didn’t have anything to do; after a few years of this, she went to work at a daycare.

I would like to pose a question. How many people would be willing to make the sacrifice that Dear made this morning? I suspect that the answer would be: very few, compared to the Generation that Dear grew up in. We have far too many on the welfare doles today. There was a discussion on one of the chatlines last night about possible cuts to the food stamp program. One of the topics was the number of people who take advantage of the system. It is a disgrace when we have so many professional welfare cheats; when you stop and think about those of us who are disabled who want to work, but can’t, largely due to the fact that the public won’t take a chance on us.

LBJ made two grave mistakes during his term as our President. First was his exponential expansion of our involvement in the Vietnam War. The second mistake was what would become known as The Great Society. The war on poverty was a hand-out. The food stamps and welfare checks started flying out of the government offices on the state and federal level. Most of the Conservatives began to complain that the system was breeding a generation of entitled ingrates who had more children in order to get more money. While this wasn’t always the case, this was the perception.

How many of today’s generation could do the job Dad did at the refinery for thirty-three years? He was one of the best workers they had at that refinery, and this assessment comes from his coworkers, many of those he trained and supervised. There was an explosion at the plant on March 11, 1965. Dad worked a thirty-six hours shift, came home for four hours of rest, and went right back out for another normal eight hour shift. Dear took a needle and picked tiny pieces of some substance from his face—he got it as a result of the explosion.

I firmly believe that people should earn their way. If we get Social Security checks because we are blind, let us earn them. Give us a trash bag and let us pick up the trash in our neighborhoods, and recycle what can be re-used. In many jails and prisons, the inmates work, there isn’t enough of it. In Texas and other Southern states, there was a time when the prisoners worked on chain gangs, a practice that has been outlawed today.

One of the best things that Donald Trump could do as our next President would be to enact the kind of programs that FDR came up with during the Great Depression. Those on welfare would work for their checks and food stamps under such a program. They would be put to work on repairing bridges, roads, dilapidated buildings and the like. Not only would our infrastructure be revamped, but so would the dignity of those who have traded it for food stamps and a free ride on the backs of the rest of us, at the expense of our tax dollars. We owe it to them, and ourselves.