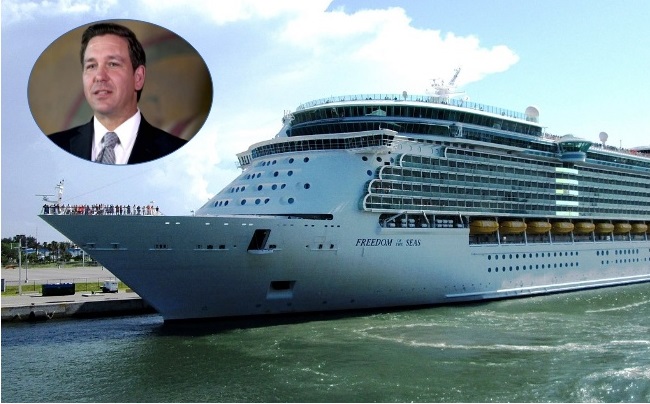 The Centers for Disease Control and Prevention (CDC) – aka Corrupt Discredited Corporation – has been defeated in the court of law in its quest for imposing vaccines on people who want to take a cruise off Florida coasts. Conservatives are celebrating the court ruling as victory for freedom and civil rights.

Eric Daughtery of Florida’s Conservative Voice reported that Governor Ron DeSantis’s office issued a press release to announce the legal victory of Florida state over the CDC in the federal court of Judge Steven Merryday.

The press release states that Judge Steven Merryday ruled in favor of Florida’s Motion for Preliminary Injunction. It reads that Merryday decided the “CDC’s restrictions are likely unconstitutional and overstepping their legal authority.”

The ruling, which takes effect July 18th, prevents CDC from forcing cruise lines to mandate COVID vaccination for their passengers.

The CDC has been acting as the government wing of the rich and influential pharmaceutical network for decades and in the wake of the new liberal establishment planted via a massively rigged election in November 2020, it has aggressively attacked the basic human rights in America by mandating masks and pushing vaccines.

A number of the states ruled by conservative governors and legislatures have taken measures to stop the CDC-pharma alliance from enslaving people via health mandates under the cover of a so-called pandemic and emergency. Florida’s governor stood up to the CDC’s vaccine mandate for cruise travel since he already had banned vaccine passports – the requirement to show one’s vaccination records – in the state of Florida. The uncertainty was whether cruises regulate under the federal authority (CDC) even when they board passengers in the jurisdiction of Florida.

Today, we are securing this victory for Florida families, for the cruise industry, and for every state that wants to preserve its rights in the face of unprecedented federal overreach.

Since they were rolled in January this year, the various COVID vaccines have killed and injured thousands of recipients while the damage remains unknown in majority of people as they are not monitored after vaccination. New data from the United Kingdom also shows that the vaccinated are dying faster on getting sick with COVID than the unvaccinated.