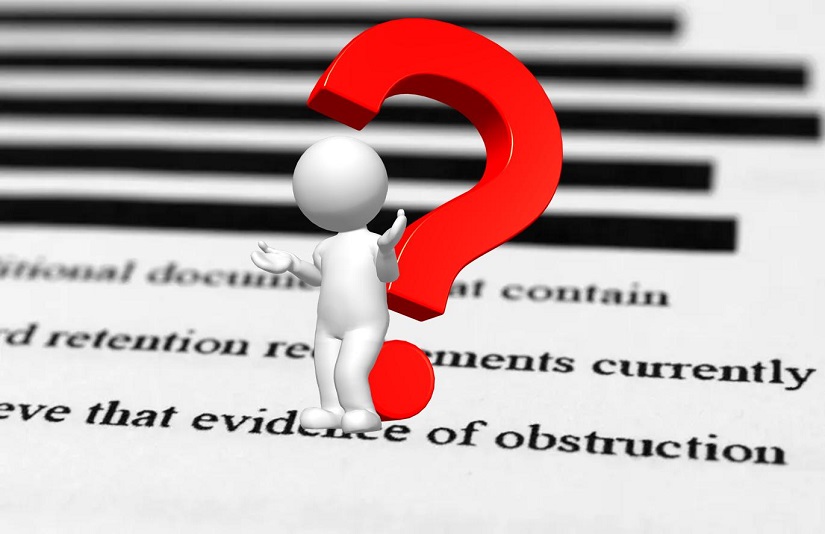 The much-awaited day of releasing the affidavit tied to the FBI raid on Trump’s Florida residence, Mar-a-Lago, came and passed; the affidavit was released, and not a shred of evidence was presented by the Department of Justice (DOJ) to show that President Trump had broken the law in any way.

The Affidavit Is a Nothing Burger

It was another embarrassing day for the political alliance of Democrats and the DOJ as well as the leftist media mobs. The DOJ released a heavily redacted affidavit to show their justification of the August 8 raid of the FBI on Mar-a-Lago. But all that the nation saw was more claims that President Trump had taken classified documents with him to his Florida residence. According to the document “the FBI had ‘probable cause to believe evidence of obstruction would be found’ at his Florida home.”

But the affidavit presents no evidence—just the same claims that classified documents were likely mishandled. The New York Post noted that the heavily redacted affidavit doesn’t even reveal the targets or subjects of the DOJ probe.

President Trump responded to the affidavit on Truth Social and slammed Judge Bruce Reinhart – a liberal who had donated to Obama’s campaign – for not recusing himself from this case. 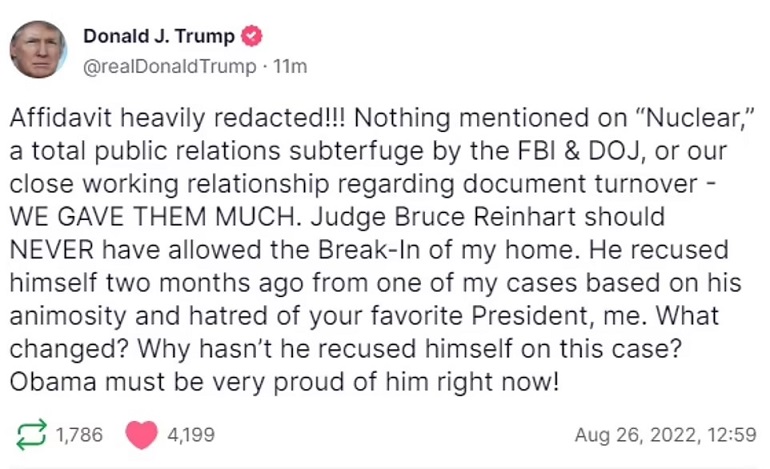 In his analysis of the FBI’s hunt of President Trump over possible lawbreaking charges, Larry Johnson wrote that it appears Trump declassified some very important documents that show the 2016 dirty political scheme of FBI and CIA in attempting to overthrow him.

The CIA and FBI are frantic to protect the identities of the British, Australian and Italian intelligence personnel who helped plant evidence to frame people working for Trump.

Johnson believes the FBI and DOJ are trying to “manufacture a crime” to stop Trump from running for presidency again. In other words, it’s nothing but a conspiracy to stop him from becoming President again because they fear he will expose the crimes of the deep state.