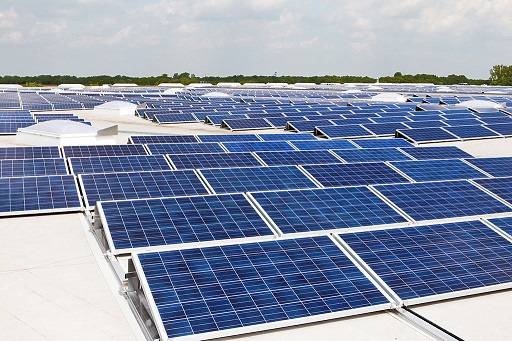 Today technology has made production very cost effective for certain industries, and electricity is one of them. Every electric company has a power grid. This is a network of generators, cables, distribution transformers, and transmission equipment used to bring electricity from one place to another. Each of these items are connected to a power plant, where generators are powered by natural resources such as oil, coal, and natural gas.

Of the many alternative technologies for electricity is the idea of solar panels. How it works is very sonicated and complicated at the same time, especially when big utility companies and the government get involved with the process.

The technology within solar energy is something call photovoltaic cells, most practical for anything considered to big small scale. Among the cells are mostly silicon used to loosen electrons from the sun rays lighting. Magnets are guided the loose electrons that create a current. Once activated, the active components are formed with the use of a solar panel.

Solar Energy and the Law

Photovoltaic technology is very useful when it comes to your home, however much larger energy utilities must use other technologies to produce massive amounts of solar energy. Thermal power plants and massive solar dishes are needed to convert the sunlight into energy.

Utility companies are vastly increasing their investments in renewable energies. The Public Utility Regulatory Policy Act or (PURPA) dictates that all electric utilities using very traditional power grids must purchase any excess electricity that renewable energy systems produce. This is used as a way to try to encourage the use of renewable energy in production without having the utilities companies invest in an expensive renewable electricity.

The electric companies do what is called an “avoided cost”, meaning the cost that the company avoids by buying the electricity from an individual home instead of producing it themselves. However, here is where it becomes tricky. (PURPA) requires electric companies to purchase certain amounts of an individual homes energy that are able to generate excess electricity that renewable energy systems produce.

In the state of Florida within the U.S. is an ongoing amendment called “Rights of Electric Consumers Regarding Solar Energy Choice”. People that are for it believe the amendment allows individuals to produce solar power. It would empower state and local governments to develop measures to limit from competing against utility and energy companies, Floridians could produce solar energy for personal use and own or lease solar equipment.

People that are against it believe the amendment will restrict individuals from having the right to produce solar power for personal use. Also the amendment is an attempt for big utility companies to control energy markets in Florida.

The Florida Supreme Court barely passed allowing the amendment to go to a vote in a 4-3 decision. The cost of adding solar panels to your home if you include tax and utility company incentives range from $12,000 to $20,000, with a payback back taking around 20 years.

The Public Policy Utility Regulatory Policy Act is a law that was made in 1978. It states very little as regards to state power when it comes to utility regulation(s) other than in section 111 where it states that “each state regulatory authority with respect to each electric utility for which it has ratemaking authority and each nonregulated electric utility shall consider each standard established by subsection and make a determination concerning whether or not it is appropriate to implement such standard to carry out the purpose of the remaking of standards.”

Utility companies, compounded with government regulations around the world, for the most part have failed the people they provide electric service needs. If anyone feels they are doing all they are able to speak with someone from an area around the world that is known for power outages if the governments and electric companies provide a good service—countries such as Pakistan, Bangladesh, Lebanon, Nigeria, Kenya, or even the Philippines.