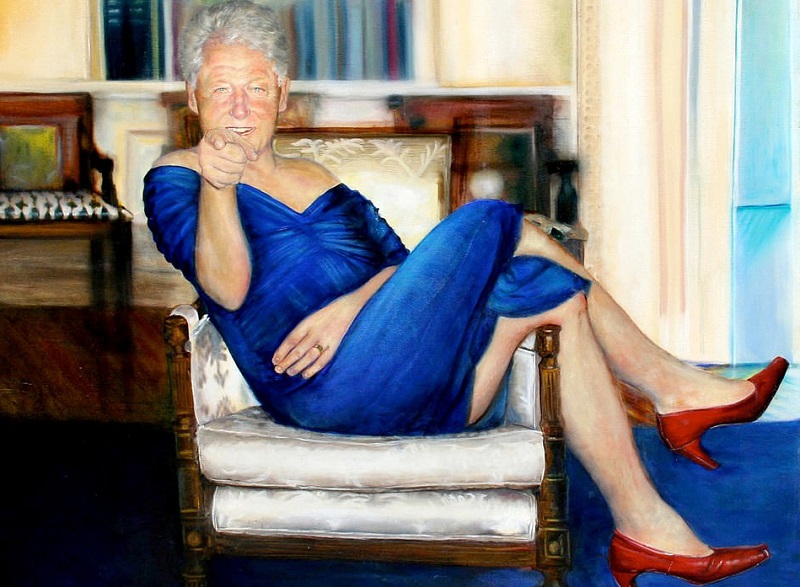 So the news has it now. Convicted pedophile Jeffrey Epstein who recently was found dead in an apparent suicide but suspected murder, had a portrait of a man in a woman’s dress in his Manhattan house. The man is none other than Epstein’s bosom buddy (no pun intended) former US President Bill Clinton.

Daily Mail and other news sources, mostly British, reported on this, posting an image of the portrait as well (above). Clinton is seen in a blue skirt and red hills sitting in a sofa, pointing a finger at the viewers. The paper includes this caption with the portrait:

I want you: The original painting is by Australian-American artist Petrina Ryan-Kleid, although it is unclear if Epstein had bought the canvas or had a print mounted.

Mindbloiwng? Nauseating? Interesting at least? Whatever you call it, but it seems when it comes to the Clintons, you can’t just not hear of any sexual perversion. And it’s one the lamstream propaganda cartels catering the left surely won’t spotlight. But this revelation again calls for a thorough probe into the nature of Epstein-Clinton connection.