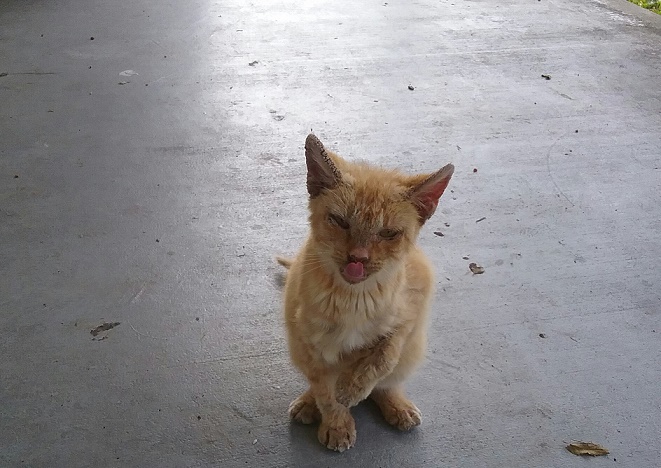 Her name was Lucky. She was a growing kitten of about 5 months age, infected with scabies. But she was nowhere near death until she received an injection of Ivermectin by the vet. By morning, she was paralyzed and in less than 24 hours of the injection, Lucky was dead.

The FDA-approved Ivermectin for use in both humans and animals. It has serious side effects in both people and animals, including death. Lucky isn’t the only case or something unexpected. As Pet Education informs, in cats the toxic signs of the drug show as – among other – hypothermia, coma, and death. And these are all the symptoms Lucky suffered.

Scabies can be treated non-invasively, in both people and animals. But the use of deadly drugs like Ivermectin – in hope of a quick fix – is putting your loved pet’s life on the line. And surprisingly it is FDA-approved as well as commonly used by vets despite the knowledge that it can and does kill cats.

As you read these lines, probably dozens of cats suffering from scabies are on their way for treatment at vets whose instant recommendation is Ivermectin along with other drugs. And while they make money of it, those helpless and voiceless pets or strays are just minutes from their death. So all pet lovers and animal advocates, please educate yourselves and your contacts about this deadly drug.

Lucky is gone but maybe we can save more by refusing to let the vets administer their choice drug to the pets. You need to ask what treatment the vet wants, then look up the adverse or toxic effects and do your own research on the risks, and only then approve the use of a drug by the vet. The burden is on you because the loss is/will be yours.

One thought on “Beware – Ivermectin Can Kill Your Cat!”