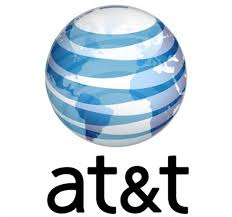 Columbus, Georgia — Ahead of AT&T’s Annual Shareholder Meeting on Friday, April 25th, more than 55,000 people from around the United States, including over 15,500 AT&T customers,  are joining AT&T shareholders in urging the

corporation to disclosure contributions to the right-wing front group, the American Legislative Exchange Council, or ALEC.  Activists want AT&T to disclose contributions to ALEC which funded lobbying efforts to prohibit community broadband and undermine consumer rights in at least a dozen states.

At the shareholder meeting on Friday, AT&T shareholders AFSCME, Zevin Asset Management and Missionary Oblates of Mary Immaculate,  will present item 6 of the 2014 AT&T proxy, calling on the AT&T leadership to disclose company policy and procedures governing lobbying, lobbying payments, membership in lobbying groups, and oversight of lobbying.

The petition, launched by SumOfUs.org, a global corporate watchdog organization, has been signed by more than 55,000 people in the United States is in support direct support of item 6, of the 2014 AT&T proxy, a shareholder resolution that calls on AT&T to “Disclose company policy and procedures governing lobbying, both direct and indirect, and grassroots lobbying communications.”

For more information, or for interviews with SumOfUs or AT&T shareholders, please contact Brett Abrams at 516-841-1105 or by email at brett@fitzgibbonmedia.com.

SumOfUs.org is a global movement of consumers, investors, and workers all around the world, standing together to hold corporations accountable for their actions and forge a new, sustainable and just path for our global economy.