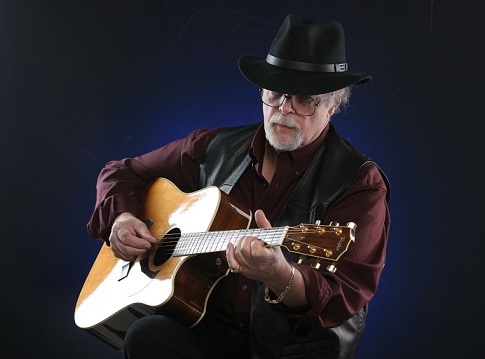 Join flatpicking pioneer Dan Crary, banjo legend Bill Evans, and SoCal acoustic favorite Wally Barnick as they come together for the first time to perform cutting edge bluegrass, folk, and Americana music at the Folsom Opry House, 113 Puffer Way, Folsom. The timeline for this one is short; make your reservations now at 916-990-0719.

Dan Crary is a pioneer of flatpicking guitar solos in a bluegrass band, right up there with founding fathers Doc Watson, Clarence White and Norman Blake in carving a role for the flatpick guitar soloist in bluegrass music. A founding member of the Bluegrass Alliance and the newgrass approach, his 20+ year collaboration with Byron Berline and John Hickman (as Berline, Crary, & Hickman and in the bands Sundance & California) earned him numerous awards and accolades. A veteran of tours in more than thirty countries, Dan’s a stylist with an international reputation for taste and brilliance. His racing licks sounded like the fretboard equivalent of Fred Astaire dancing up, then down a staircase.

Bill Evans is an internationally loved five-string banjo life force. Whether he’s lending his instrumental chops to a blazing fiddle tune or performing one of his original compositions, Bill is one of contemporary banjo’s treasures. He’s probably the only banjo on earth who has performed with the San Francisco Symphony, on A Prairie Home Companion and with Dan and Wally!  He’s at home with traditional and contemporary bluegrass as well as branching out on the farthest musical limbs that Dan and Wally can take him.

Wally Barnick (bass & vocals) describes himself as principally a singer who some 40 years ago took up playing bass guitar in order to ensure a place in the band. That strategy has definitely worked for this wonderful singer and instrumentalist, who is at home singing and playing everything from folk and bluegrass to Bakersfield country and even some rock and roll. Wally has performed with many familiar California Americana and bluegrass groups in these past four decades, including the Cache Valley Drifters, Bluegrass, Etc., and The Hay Dudes. His warm vocals and engaging stage presence are a perfect complement to Dan and Bill’s instrumental fireworks.

A Crary, Evans & Barnick show includes new songs and old stories, blazing instrumental artistry, and deep-down, powerfully-felt musical moments. It’s whistling winds in the pines, rambling boys and tragic girls, joys and laughter from old times, furious and foot-tapping instrumental tunes, and a little touch of glory-to-God. And it’s the hovering ghosts of Jimmie Rogers and The Carter Family and Bill and Lester and Earl and Woody and all the greats who showed the way.

Admission to this stellar event with Loretta’s famous pies is by donation of $20 (CBA members) or $25 (non-members) all of which goes to the artists.