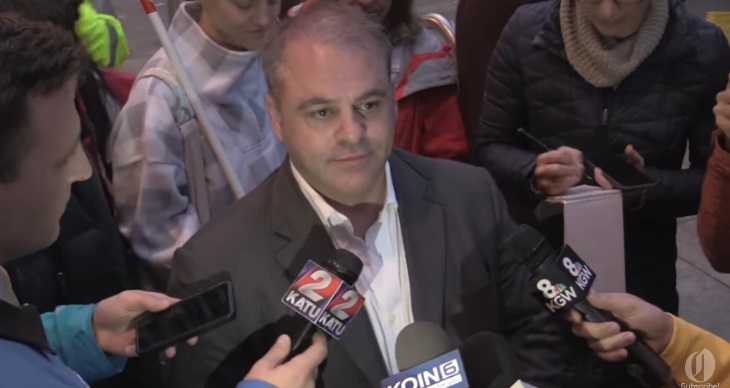 When Marcus Mumford, the vocal and talented attorney from Utah, successfully defended Ammon Bundy against leftist establishment in the Obama administration, he was manhandled, tased, and arrested by the authorities right inside the courtroom in 2016. Now, he is dead without any apparent cause of death.

The Oregonian reported that 46-year-old Mumford was found on Monday morning at his home in Salt Lake City, UT.

The story says that according to his relatives, Mumford wasn’t ill with coronavirus and there was no sign of foul play.

They’re awaiting the results of an autopsy.

Mumford became widely known for his fierce and successful defense of Ammon Bundy in a federal court in Portland, OR, in 2016 where Bundy was on trial for the armed takeover of the Malheur National Wildlife Refuge earlier that year.

The sudden death of Mumford without any apparent cause sounds mysterious. What isn’t a secret, however, is the establishment’s hatred toward him for defending the daringly conservative Bundy in the judicial system. Beside the law enforcement physically attacking and tasing him inside the courtroom, the judicial establishment also attempted to ban Mumford in Oregon’s federal district.

So far the news of Marcus Mumford’s mysterious death has only appeared on The Oregonian and mainstream propaganda media is either not aware or silent by choice over it. Whether his death will be followed and covered in news in the coming days is yet to be seen.