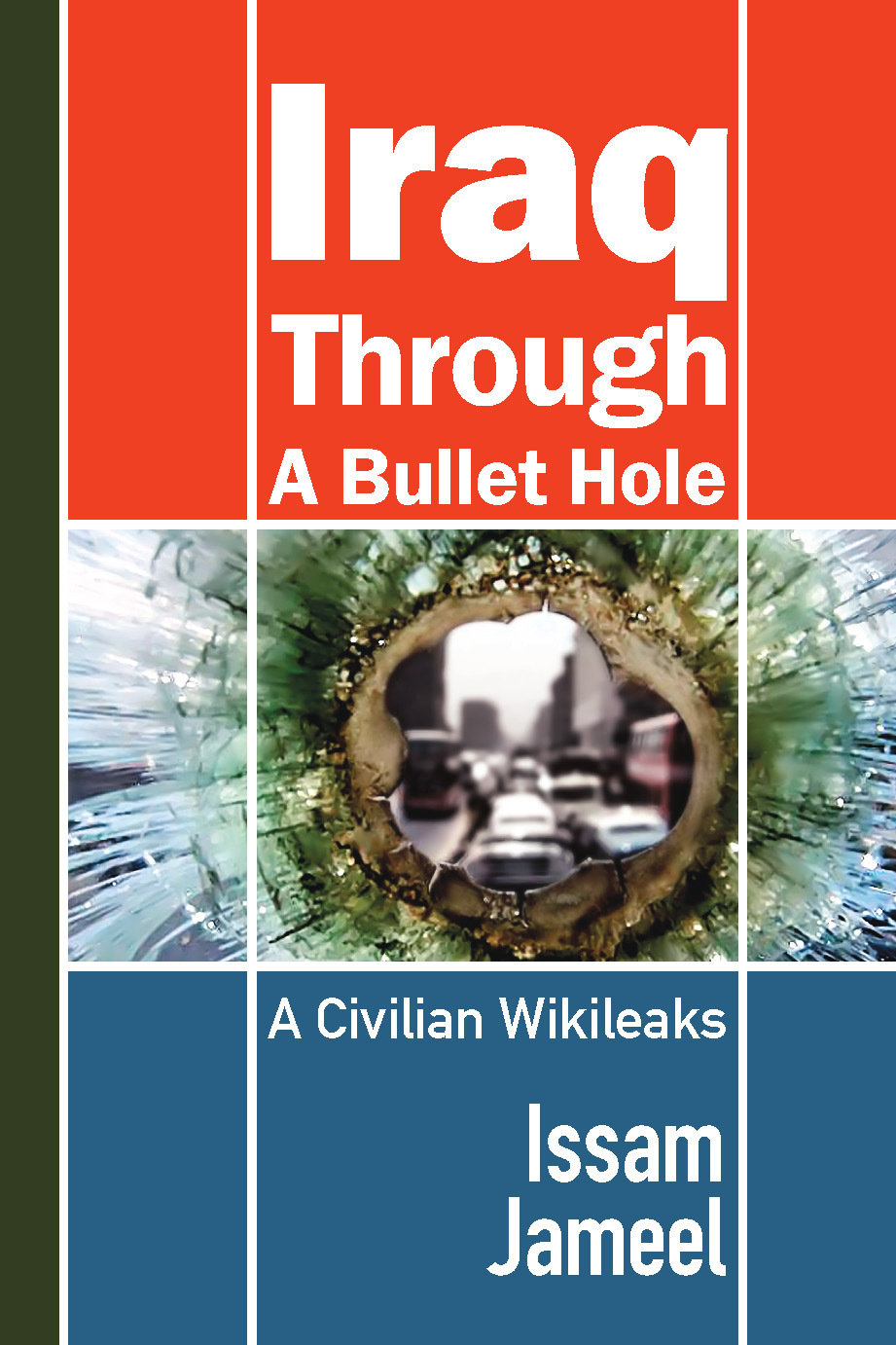 Iraq through a Bullet Hole: A Civilian Wikileaks

Iraqi playwright Issam Jameel returned to Iraq after a 12-year exile. Giving up the relative safety of Jordan, he made a perilous journey to Baghdad for a reunion. Unfortunately, the reason for his trip was to grieve for his nephew, recently killed by American forces while guarding an Iraq parliament member from insurgents. Jameel also mourns the loss of a formerly secular civil society replaced by vehement sectarianism, intolerance, and ignorance. Basic human needs like food, water, and power have become an endless daily struggle amidst the shards of infrastructure. Routine tasks, such as selling a house or getting a job are fraught with peril as old scores continue to be settled on religious, ethnic, and political fronts. Everywhere he turns, people are desperate to leave, but fear for the worst. After escaping this madness, he recorded his eyewitness report, desperate to provide an honest and impartial tale of an epic tragedy which has killed more than 100,000 people and displaced many more.


Today, the US government gambles with Iraq's stability by turning a blind eye to Al-Maliki's internal policy, especially after Wikileaks revealed his complicity in death squads. We are jeopardizing the hard-won political gains that the US achieved by neutralizing the Sunnis of Iraq when it converted them from fighters and boycotters to voters. The US administration fails to show much real concern for the future of democracy in Iraq except perhaps for its anxiety about Obama's promises of military withdrawal.

"Issam Jameel's Iraq Through A Bullet Hole is evocative in the best
sense of the word. A native Iraqi, he describes with measured sadness
and authenticity the dismemberment of his country by a
senseless war. His perspective on events there--both personal and
general--will not be found in reporting done by the Western press.
His tale reminds us that the things that matter most--family,
friends, and faith can and will endure even the most severe trials. I
highly recommend this book for its relevance and timelessness."


"Iraq has been a focus for our attention for years
now, since our armed forces went looking for nonexistent
weapons of mass destruction there. The media
have presented a picture--but how real is it? What is
life really like in that unfortunate country? Find out by
reading this book."


"Going home is such a trivial thing to so many people in the world.
This story is the revealing statement of one man that
went home to find it lost in such a strife-filled region,
considered by historians as the origin of modern civilization.
For those who do know how difficult his journey was, they will relate to
Issam's message which is one of perseverance, shared
hope and a common faith in mankind that in the end,
all could eventually be well. If only men would let it..."

Book #5 in the Reflections of History Series from Modern History Press www.ModernHistoryPress.com

Save this product for later