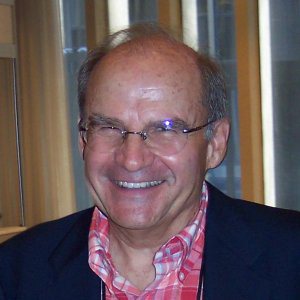 publications in the field of sociology. George Ritzer hardly needs an introduction. The author of The McDonaldization of Society series of books, Globalization, Sociological Theory, and many other publications, Ritzer joins me here briefly to talk about a few points related to his theory of McDonaldization of society.

Ernest: George, in the 6th edition of The McDonaldization of Society, you discuss the core principles of McDonaldization. What I would like to ask is whether those were social needs turned into business principles ultimately to govern society?

GR: Social needs are created…we “need” efficiency (as well as the other core principles), but many other societies now and in the past did not need it. They are turned into business principles not only to govern society (workers, customers, etc.), but to maximize profit.

Ernest: And does it show that business principles have the power to engulf entire societies or shape its course of progress?

GR: Yes, but “engulf” does not catch the point that business leaders – and leaders of other organizations – push it to enhance their power, profits, etc.

Ernest: Do you think a generation that has grown up in a McDonaldization society (like urban American one) can easily view its core characteristics as problem?

GR: Oh yeah, it is difficult for the McDonaldized generation to see it as a problem- it is nirvana to many, or in my terms “the velvet cage” for many of them.

GR: Politics is another of the systems that has grown increasingly McDonaldized (e.g. instead of speeches, idea McNuggets repeated endlessly).

Ernest: Thinking of the element of enchantment brings to my mind the 2004 film The Village. Do you believe it’s possible, in theory, to undo social evolution by conscious effort or design?

GR: I don’t know the movie, but this is not an evolution (implies some sort of natural, inevitable process). It is pushed by human agents who gain from it and it can be undone by human agents (“dangerous giants”) who come to see its problematic aspects, the irrationality of rationality.

Ernest: Near the end of your book, you discuss the Internet in the context of McDonaldization. Do feel it is equally McDonaldized as other institutions of our society?

Ernest: In closing, please tell our readers a little about your most recent book.

GR: My last book of the genre in which are interested was the Globalization of Nothing in which I generalize the case of McDonald’s to a world characterized by “nothing”- social forms that are centrally conceived, controlled and lacking in distinctive content. In the process we are losing “something”- social forms that are indigenously conceived, controlled and rich in distinctive content. In brief, more “Lunchables” and fewer home-cooked meals from scratch.

However, my most recent work is a series of articles on the “prosumer” as increasingly important, especially on the Internet. This is potentially empowering, but also offers new possibilities for exploitation.

Ernest: George, thank you so much for taking the time to share your thoughts.

To learn more about George Ritzer and his work, visit his website http://georgeritzer.com/.