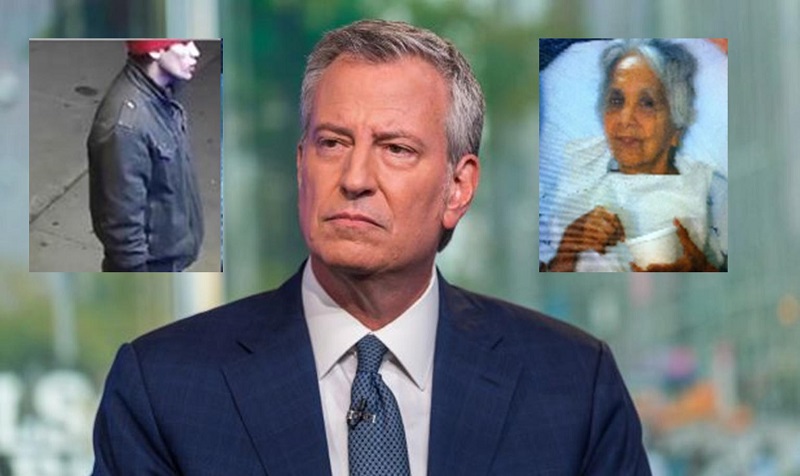 This question is now up for court battle as the New York City mayor Bill de Blasio has been sued by the victims of a brutal crime committed by an illegal alien who was released from prison under the Democrat mayor’s sanctuary policy, reported Law Enforcement Today.

The crime in question is the brutal rape and subsequent death of a 92-year-old woman, Maria Fuertes. She was walking down the street on January 6th when attacked by 21-year-old Reeaz Khan—the illegal alien who was recently released under de Blasio’s sanctuary city policy despite a detainer placed on him by the federal government.

The suit also alleges that Bill de Blasio was intentionally non-compliant with the Federal Immigration Detainer placed on Reeaz Khan in November 2019 from a previous arrest for assault and weapons charges.

Democrats have been openly inviting and assisting people to enter United States illegally and then fighting to harbor them in the country despite their criminal record and illegal entry, which is a crime in itself. Now, under their “sanctuary” policies, they are making their cities sanctuaries for these criminals while endangering the American citizens.

Why should those who assist and enable criminals attack the citizens not be prosecuted and held accountable for the harm inflicted on victims and their families? This is the question for the day.