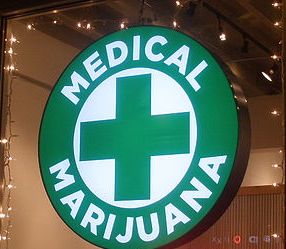 More often than not, medical marijuana has recently been in the news on national level. With Sanjay Gupta’s apologetic

U-turn on the harmful effects of medical marijuana, mainstream media has exponentially promoted the harmlessness of this substance that is being legalized by more states in the US for relieving pain long as it is prescribed by a doctor. But is medical marijuana really safe?

Lawrence Wilson, MD, a well-known expert in nutritional balancing science, says it’s not safe at all. In his article Hybrid Marijuana – A Bad Drug, on his immensely popular website, the Arizona-based doctor writes:

His article discusses in detail the myths of harmless marijuana created recently while the fact, according to his first-hand experience with patients, is that medical marijuana is harmful and addictive.

I have the pleasure of Dr. Wilson’s company today to talk about this important health issue.

Ernest: Dr. Wilson, thank you very much for joining me in this correspondence. I’d like to begin with your experience in treating patients who have serious pain problem and whether you have ever recommended medical marijuana to any of them?

Dr. Wilson: I have worked with probably 1000 or more people who have severe pain. I have never recommended medical marijuana for any of them.  Most of the patients recovered from their chronic pain syndromes without medical marijuana.

Ernest: Would you say there is a high risk of addiction or damaging effect on the psychological state of patients who take medical marijuana?

Dr. Wilson: Marijuana is toxic for the body and appears to contain the toxic metal cadmium, an extremely toxic metal. Additionally, smoking anything is completely unnatural and toxic. There is a risk of addiction with marijuana, as well. Marijuana causes a slowing of reflexes, mental confusion, and other sedative and toxic effects.

Ernest: Currently we see a growing support for medical marijuana across the US. And it’s being legalized in different states. Do you think that the public is informed enough on the health effects of marijuana, even if taken in controlled, small amounts per doctor’s prescription?

Dr. Wilson: I think that most discussions of marijuana in the media tend to emphasize some possible sedative and other benefits, and tend to downplay the dangers of all marijuana.  I do not think the public is well informed, at all, based on my experience of the problems with marijuana.

Ernest: Sanjay Gupta recently made headlines widely with his shift on medical marijuana after doing some surveys and interviews. What do you think of his findings?

Dr. Wilson: With all due respect, I disagree completely with Dr. Gupta. My clinical experience is that marijuana is anything but harmless, as explained above.

Ernest: In your article, you wrote that mainstream media is not highlighting the dangers of marijuana. Who exactly would benefit from this?

Dr. Wilson: I think the push for legalization of marijuana is perhaps part of a push to cause more and more Americans to become addicted to drugs of many kinds, including medical drugs.  I think it may also be a symptom of the failure of the medical profession to help thousands of people with chronic pain and other health conditions.

I tend to believe that people should be free to do as they like, provided they do not harm others.  However, in this instance, our population is so unhealthy today that legalizing marijuana sends the wrong message and is not helpful for most people, especially the young.

Ernest: You believe that legalization of medical marijuana would inevitably lead to teens and young adults getting addicted to weed, even if they are not the patients put on marijuana?

Dr. Wilson: The brains of teenagers are not completely mature, and so their brains are subject to more damage from the use of marijuana, even if they are not technically addicted to it. Once medical marijuana is legal, it is so easy to obtain it just by faking symptoms of a headache, for example, that yes, teens are easily able to get it.

Ernest: For patients with chronic or serious pain issues, what in your opinion are the best drug options?

Dr. Wilson: For patients with chronic pain, I find the best option is rarely drugs of any kind.  Instead, the best option is seek out and correct the causes which have to do with toxic metal excesses, nutrient deficiencies and imbalances, patterns of inflammation in the body,  impaired circulation, hydration and oxygenation, hormonal imbalances, a need for chiropractic care in some cases, and other causes for pain. Taken together, these get rid of most pain in the body.

Dr. Wilson: I do not know if someone is bribing certain doctors to prescribe medical marijuana. I do know that statistics show that a few doctors do most of the prescribing of it, and I am not sure why.

Ernest: Dr. Wilson, thank you very much for sharing your knowledge and views with our readers.