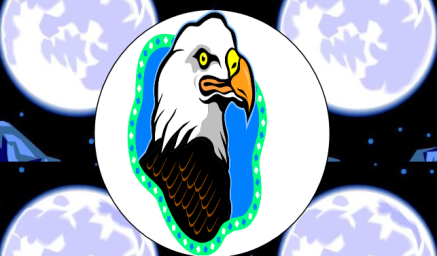 “I told you Aunt Martha, I clearly saw the man in black robe with an eagle on his arm,” Graham’s voice grew a bit loud as he stressed his words. His aunt looked at him with a blend of sorrow and sympathy in her eyes. 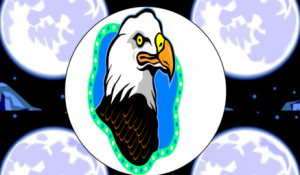 “Graham, I understand what you are saying,” she spoke gently, “but what I want you to know is that seeing such things is common in teenage years, especially for kids who read and watch a lot of such stuff.”

“What stuff?”He raised his smooth pointed chin, holding The Times and his duffel bag, walked from the kitchen into the lounge room, and with bloodshot eyes looked at his father’s picture together with his uncle Rod, holding up a 13 kg Pike, fastened against the wall across the room.

“It’s as if it was yesterday,” said a soft voice behind him. He turned, but there was no one.

“Hmm, Maybe Aunt Martha is right, and my mind is over active,” He thought.  Walking into his bedroom, he spread the newspaper on his bed and took a picture of the inside pages—a cloud of dust and the date 09.11. A tingling sensation ran down his neck, and he dropped his iPod as a dark shadow filled his room. In awe, he ran toward his window of the twenty seventh floor apartment.

The shadow was nothing but a big cloud covering the sun. He stared at the cloud. Funny, that the beautiful things in nature, cloud coverings, weather, now were often obscured by the fear instigated by the frictions of man and the problems of government.

He had been riding in the car that very day with his girlfriend Sherry, and she had said, “What a beautiful fall day. I love days like today and weather like this.”

“You know,” she retorted, staring straight ahead, “when I have a beautiful image in my mind and I share it, you can just let it stay beautiful.”

Graham resented other people for their ability to sink into calmness at any moment, and his relationship with Sherry offered little exception. Where she found peacefulness, Graham’s mind split; debating the purpose of every feeling as though any one of them had a particular value over another; interpreting the world as a skeptic to all things, nature itself included, and even going as far as fabricating surroundings so to not allow himself serenity.  Graham relied upon being around the energy from his small collection of friends and family in order to feel normal, as they seemed to, but, once alone, he often felt that every environment posed some reason for him to conduct a scrambling self-evaluation. Still, Graham’s awareness that he had developed somewhat of a secret dependence on Sherry was enough to encourage a second thought before speaking again.

Frozen, Graham felt his second thought turn into a third, and then a fourth, but always incomplete. He was waiting for some kind of resolution that might give him a reason to stop standing in front of the window. He knew that the cloud could pass, Aunt Martha could tell him if anyone in the building might have owned an eagle, and Sherry could commiserate with him for the horrors he saw instead of attacking him, but the black despair in his mind would still remain palpable.

Finally, he sat at his desk and continued where he’d left off in Haffner’s Defying Hitler.

Unlike the book’s protagonist, he did not feel detached from the constant threat around him. Since that dark day on September 11th, when he knew his father was never coming home again, killed by a nameless, faceless enemy, there was a constant cloud and shadow over his life.

Graham spent many years in a “hospital” after that withdrawing into a fantasy world where he felt secure and safe. He created an imaginary friend and protector during that time. A sort of avenging angel, dressed in black robes with an eagle on his arm.

A year ago when he came home from the hospital and started living with his aunt, he stopped seeing the black figure. Maybe his fractured mind had finally healed. Maybe it was because he felt a sense of safety and security in the protective nest of his aunt’s apartment.

However, he still felt the need to withdraw from a life and a world that was too cruel and frightening for him.

That night, Graham tried to leave it all behind. Unfortunately, he lay awake all night as thoughts wrestled in his head. Deep into the night, out of nowhere, the dark shadowy, robed man appeared before him. Graham wasn’t sure if he was now dreaming or not.

The man stepped closer and his face became illuminated from a sliver of light coming from the window; cold terror shot down Graham’s spine.

It was his dead father.

Graham screamed, and that’s the last thing he remembered.

When Graham finally awoke, it was morning. He shot up in bed, trembling with anxiety.

“What the hell happened?”

As soon as he stood up, he saw it—the urn containing his father’s ashes that had been on the living room mantle for years. Upon picking it up, he discovered the note placed beneath it.

Move On, it said.

Graham felt dizzy and sick, so he sat down. After hours of contemplation, Graham realized what he needed to do. He put the urn back on the mantle, unceremoniously kissed his Aunt good-bye, got into his car, and headed west. He was scarred, but he knew this had to be done.

One thought on “Interactale 3 – On a Haunted Note”