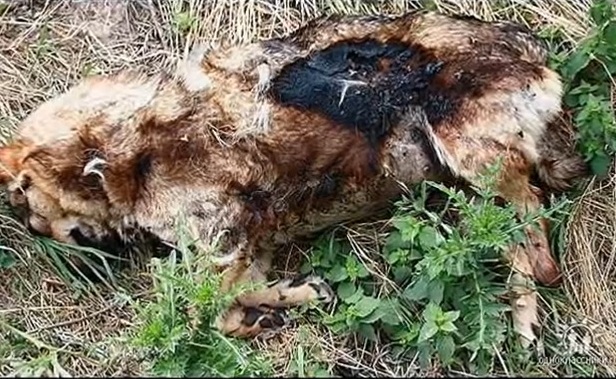 We are fairly aware of the abuse animals suffer in the US and many other countries with English-language coverage of media. However, there are places not far from the developed west where homeless animals, particularly dogs, suffer the most brutal and violent treatment by the authorities. Yet, little to no international outcry points to their plight because they remain virtually sheltered from the English-speaking world.

One example of the above is Moldova, an independent state having borders with Ukraine and Russia. Following is the English transcript of a petition on Avaaz.org, thanks to Minina Natalya – volunteer rescuer and animal rights advocate from Russia – who helped with its translation in English.

Death Factory Instead of a Shelter?

At the enterprise, which is subordinated a measure of Kishinev to Dorin Kirtoake, “Necropol de stat”, better known under the name “Gitselovk” (Zavodskaya St. 207), intended for utilization of corpses and waste of agricultural animals, kill dogs in sadistic ways: cudgeling, shooting, drowning, hanging, and stabbing with rakes. It is a factory of death which approves such measures. In its territory lie some cages in the open, where all strays caught are kept without water and food. Then they are killed cruelly by employees. Often they tear off skin from dogs still alive. Of skin of animals they make leather belts, which sell then in the market.

In their territory you see remains of dogs and puppies; paws chopped off, heads scattered about the place, and skin torn off the dogs.

Watch Video of the animals on Gitselovk territory

The scene reminds one of a battlefield. And it occurs in the country that seeks to become a European Union member? And as, by order of municipality, on city streets, they constantly poison dogs and burn dogs alive. The staff of the enterprise is under protection a measure of the city and to the fifth dares even to let loose hands on zoo defenders.

1. To make a law against animals abuse

2. To forbid the Necropol de stat enterprise from catching and cruelly destroying dogs, and to punish its employees for animals abuse (TUDOR MANIV – the chief of Î.M. “Autosalubritate” Regia, his deputy of VICTOR SERGIENCO, the director of a slaughterhouse – the real sadist: VASILE GOREA…. These are names of those who sadistically destroy lives of voiceless animals, and equate them to city garbage)

3. To allocate land for opening a municipal shelter for homeless animals

4. Reshaping of the organization engaged in catching homeless animals in “Police of animals”.

Please help us stop this lawlessness!!!

You can sign the petition here (just enter your email in the first box labeled Email and hit the button “ПОДПИСАТЬ”).

Note: Slight grammatical edits have been made to make the transcript clear and readable in English without changing the content in any significant way.

3 thoughts on “Exposed! – Horrors of Cruelty to Stray Dogs in Moldova”