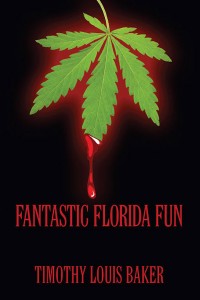 Growing up on the family farm, I worked a man’s day early on and so I expected to live a grown-up man’s life early on also.

At an early age, I teased a boy at school, who professed to be a warlock. I didn’t know it at the time, but the warlock’s brother was a cop, a crooked cop among many others during that time period and of that locale. I had a mysterious car crash that night following my mockery of that “male witch” and I have always attributed it to that incident earlier that day at school. I was almost killed; and if I hadn’t hit the accelerator pedal a moment before the impact of my car with a telephone pole, I would be dead long before now. I was 16 then (I am 55 now).

I soon wound up on drugs and as a criminal. In retrospect, it seems that being on the wrong side of the jailhouse bars is preferable to being dead, murdered by a syndicate of dishonest law enforcement officials, probation officers, a judge, and the original warlock that apparently got all of the rest involved, combined with their ruffian henchmen, often paid to be hit men conspiring to murder me specifically or any other dark chore those illegally operating law officers conspired combined with them to do for them.

I also hitchhiked all across the land and additionally lived in the mountains off and on for several years.

Finally, the largest contributing factor to my life were the supernatural experiences that have occurred to me for most of my life, including but not exclusively: being in two places at the same time, traveling from one spot to another without ever physically traversing the distance between, time travel from one day to another and then a third day without the sun ever setting on me between, parallel universe visits and returning to this earth, and finally a living, waking, physical, ascension into Heaven and return to life on this earth as we now know it.

If you wish to know more about these adventures and misadventures in this life of mine, my full-length autobiography Where North Meets South and East Meets West available as Amazon Kindle, Barnes & Noble Nook Book and in paperback at either of these as well as some other online bookstores. Also visit my website including this and six other books of mine: http://fantasticfloridafun.com.